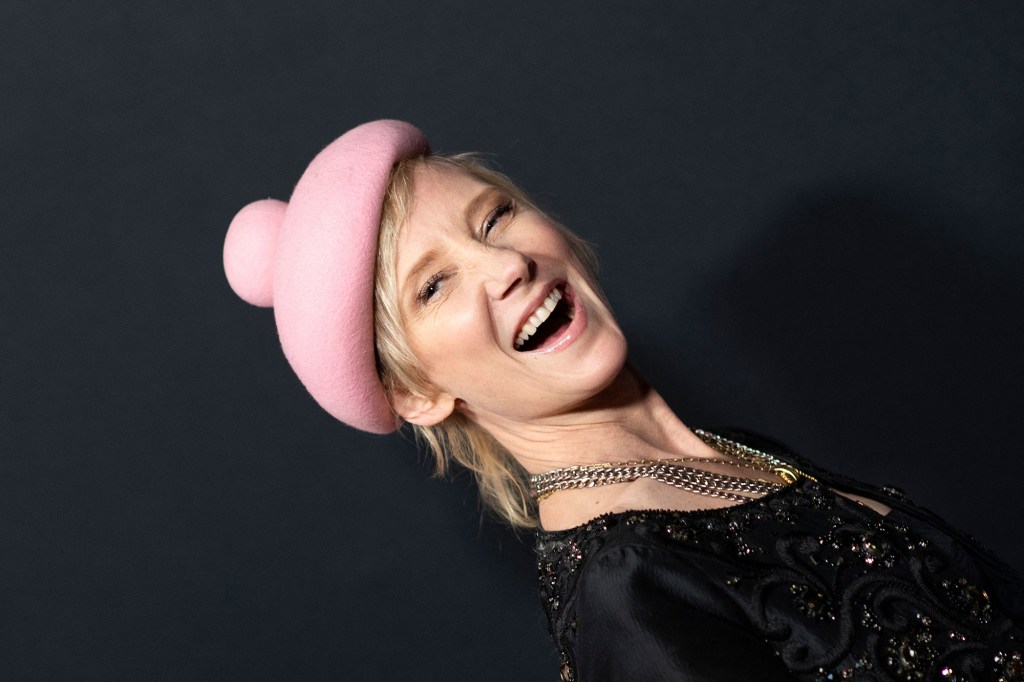 Now, with her unfortunate passing, her fans will only see a few remaining, new projects that she completed before she was declared brain dead Friday after a fiery car crash in Los Angeles last week.

“We have lost a bright light, a kind and most joyful soul, a loving mother, and a loyal friend. Anne will be deeply missed but she lives on through her beautiful sons, her iconic body of work, and her passionate advocacy,” a representative for the Emmy-nominated “Gracie’s Choice” actress told The Post.

Heche, 53, had been in a Los Angeles-area hospital and in a coma since the accident, during which she crashed into a house. She suffered a “severe anoxic brain injury” from the incident.

A blood test determined she had cocaine, and possibly fentanyl, in her system at the time of the crash. However, the fentanyl could’ve been administered for her pain at the hospital, officials said.

As for her acting career, “Wag the Dog” star Heche had several projects that have either been filmed and completed or are currently in post-production, including a film drama for Lifetime and an HBO series starring The Weeknd.

Here is a roundup of the work that fans may still see on the big or small screen.

On Thursday, Lifetime assured viewers that the drama “Girl in Room 13” will be released sometime in September. A rep for the network said the film’s exact release date would be announced “soon.”

In the movie, Heche plays a mother — named Janie — on a relentless search to find her daughter, Grace, played by Larissa Dias, who was formerly addicted to opioids after a doctor prescribed them to her for a sports injury.

After she faced several stints in rehab, Grace’s ex-boyfriend and former drug dealer, Richie (Max Montesi), hatches a plan to hold her captive in a motel, where he starves her and forces her to consume drugs and alcohol to make her complacent enough to sell into sex trafficking.

Law enforcement and even Grace’s father think she has simply returned to using substances, but Janie stops at nothing to locate her daughter.

The next film on Heche’s IMDb page is another drama, titled “What Remains.” According to the site, the completed project tells the story of a small-town pastor “who is forced to reckon with an act of forgiveness when the convict he forgave for murdering his wife returns to town five years later, while the town sheriff investigates another murder that may be related.”

“Forgiveness can be granted … but at what cost?” the movie’s poster teases.

Heche is credited as playing a character named Maureen, although it is unclear how she ties into the story.

‘Wildfire: The Legend of the Cherokee Ghost Horse’

Inspired by Michael Martin Murphey’s hit 1975 song “Wildfire,” the film unfurls a plot about “redemption and forgiveness as a young girl releases a dark secret through the friendship she develops with a wild horse,” according to the movie’s IMDb synopsis.

According to IMDb, it was filmed in Sept. 2019 and will be released in theaters on Sept. 16.

The Post has contacted a rep for the movie for confirmation.

Heche will also appear in “Full Ride,” which is currently in post-production, according to IMDb.

In May, it was reported that Heche was tapped alongside Dermot Mulroney and McKaley Miller to star in the horror thriller.

Her character is not listed at this time.

The movie follows Eden (Miller), who attends a “Heaven and Hell” party in hopes of getting a Yale University letter of recommendation from a classmate’s wealthy parents. However, “the party quickly turns into a fight for her life,” according to IMDb.

In 2019, Heche signed on to star — alongside Graham McTavish and Michelle Randolph — in the thriller “Chasing Nightmares.” It follows a college student, played by Randolph, as she “risks her and her friends’ lives to track down the meaning behind the nightmares she has about a girl and a delusional masked man,” according to IMDb.

According to the site, the movie’s script was written in 2017 and the film has already been nominated for five best-screenplay awards at various film festivals.

“Now you can suffer like I did,” the tagline reads on the movie poster.

In “Supercell,” Heche will play Dr. Quinn Brody, whose teenage son, William, played by Daniel Diemer, runs away to follow in the footsteps of his dad, legendary storm chaser Bill Brody, played by Richard Gunn.

The tornado-hunting movie, which also features Skeet Ulrich and Alec Baldwin, was filmed in multiple locations in Georgia and Montana.

What to watch on Monday: ‘The Good Doctor’ returns to ABC