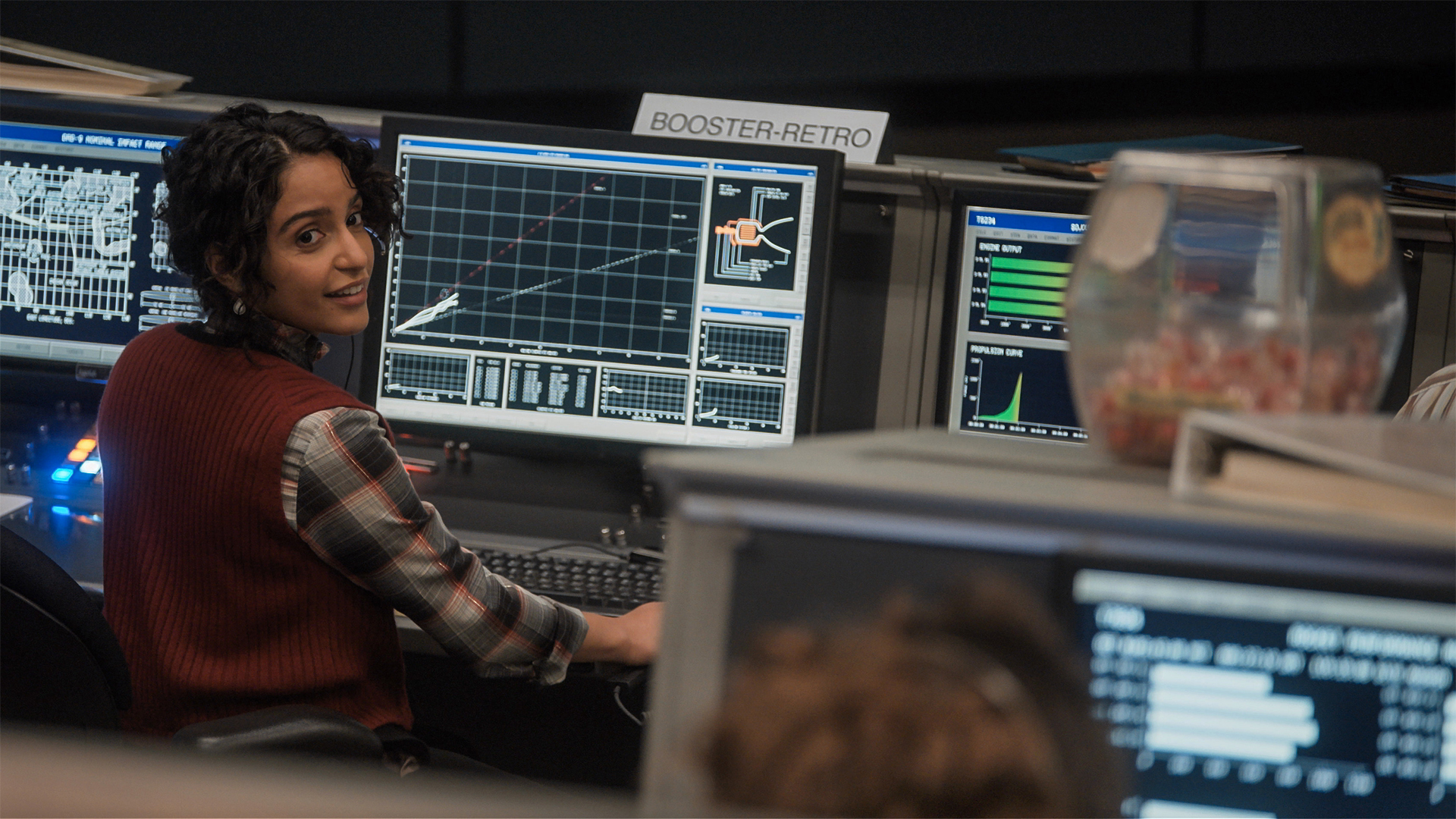 In For All Mankind’s third season finale, President Ellen Wilson references John F Kennedy’s famous speech encouraging America to strive for the moon (and other endeavors), “not because they are easy, but because they are hard”. Those historic words, uttered six decades ago, are a neat encapsulation of this bona fide Apple TV Plus series precision engineered to marvel at the miracle of humans traveling into outer space.

Of course, the show’s co-creator Ronald D Moore has form when it comes to emphasizing the challenges of life on the final frontier. While he made his name working among the warp drives, transporter beams, and palatial starships of Star Trek, his brilliant and daring reinvention of Battlestar Galactica (BSG) ensured that squabbling over oxygen, water, and food supplies were as much a part of day-to-day life as staying one step ahead of those pesky Cylons. NASA’s more optimistic, can-do approach to space exploration in For All Mankind may be light years from the gritty war footing of BSG, but there’s still no denying that space travel comes with an extra frisson of danger and excitement when the protagonists are floating in a glorified tin can.

There’s more to For All Mankind than simply staying alive in a hostile environment, however. If you’re yet to dive into this particular jewel in the Apple TV Plus crown you’re missing out, because a brilliant three-season, 30-episode saga awaits you –and a fourth season has already been greenlit. The show imagines a compelling alternative history of the late-20th century, in which the Soviet Union beat the United States to plant the first flag on the Moon in 1969.

In this version of events, relegating Neil Armstrong and Buzz Aldrin to runner-up status proves to be the spark that lifts the space race to new levels of competitiveness. Where America’s real-life excursions to the moon ended with Apollo 17 in 1972, the For All Mankind-verse envisions NASA racing the Soviet space agency to establish a permanent base on the moon – pushing science and the astronauts to their limits and beyond.

The show’s first season has an unmistakable echoes of 80s sci-fi movie The Right Stuff, as highly skilled, testosterone-fuelled test pilots – many of them based on real astronauts – prove that going where no one has gone before can be a viable day job. Taking giant leaps for mankind isn’t always as much of a motivation as satiating their rocket-sized egos, but as much a they’re the faces of the space program, For All Mankind also celebrates the geniuses behind the scenes.

To paraphrase Star Wars‘ Han Solo, traveling through space ain’t like dusting crops, and it’s the elite scientists in mission control who really keep NASA in orbit. Indeed, their problem-solving exploits often play out like TV spin-offs of Apollo 13 or The Martian, their skilled deployment of complex mathematics every bit as thrilling as the spectacular drama unfolding miles above them.

When season 2 leaps forward to 1983 – this is a show that embraces significant time jumps on numerous occasions – For All Mankind inevitably veers further from the history books. With space travel now close to routine, both the USA and the USSR have sizeable lunar presences, a state of affairs that turns Earth’s nearest neighbor into the latest frontier in the Cold War.

Despite the ambitious decades-spanning timeframe, For All Mankind keeps you engaged by focussing on the same characters at different stages in their lives. Sure, it pushes credibility that a couple of families could be so pivotal to NASA – the ever-present Baldwins are effectively For All Mankind’s answer to the Skywalkers – but this sophisticated soap opera keeps you hooked. Even as season 3 ventures further into science fiction territory with its mission(s) to Mars, it’s the earthbound, human elements of story – the tragedies, the romance, the mundane colliding with the extraordinary – that keep the show believable and grounded.

But for all the show’s twists on the history you remember, For All Mankind doesn’t change everything. The soundtrack is packed with recognisable, era-defining tunes, while several historical events play out exactly as they did in our reality – even when there’s a different person in the White House to deal with their aftermath. The show’s retro-futuristic technology also feels refreshingly familiar, although this turbo-charged space race has significantly accelerated developments to the point where video calls are fairly commonplace in the 90s.

Ultimately, the show’s primary mission objective is showing us a better version of our world. That’s not to say that everything in For All Mankind’s epic game of “what if?” is sunshine and lollipops – in fact, it would be a huge disappointment if a show from the man behind Battlestar Galactica lacked a full palette of shades of gray. But beyond the still-simmering Cold War tensions, political dirty tricks, blackmail, espionage and corporate squabbles, there’s a sense of optimism at play.

Sure, the astronauts aren’t saints – the selfish, bullying Ed Baldwin (Joel Kinnaman) would be a nightmare to work with – but they celebrate an environment where teamwork and trust are essential. And despite a few stumbles along the way – For All Mankind makes it clear that, whatever timeline you live in, you should never trust a politician – this parallel universe is significantly more progressive than the real 20th century when it comes to the representation of women, people of color, and the LGBTQ+ community.

This show is driven by the old Doc Brown mantra that “if you put your mind to it, you can accomplish anything”. We may not be living in the utopian world of flying cars and affordable space tourism that optimistic futurists envisioned back in the 60s, but For All Mankind is the next best thing. Striving for a better world may be hard, but that doesn’t mean it’s not worthwhile.

All three seasons of For All Mankind are now available to stream on Apple TV Plus.