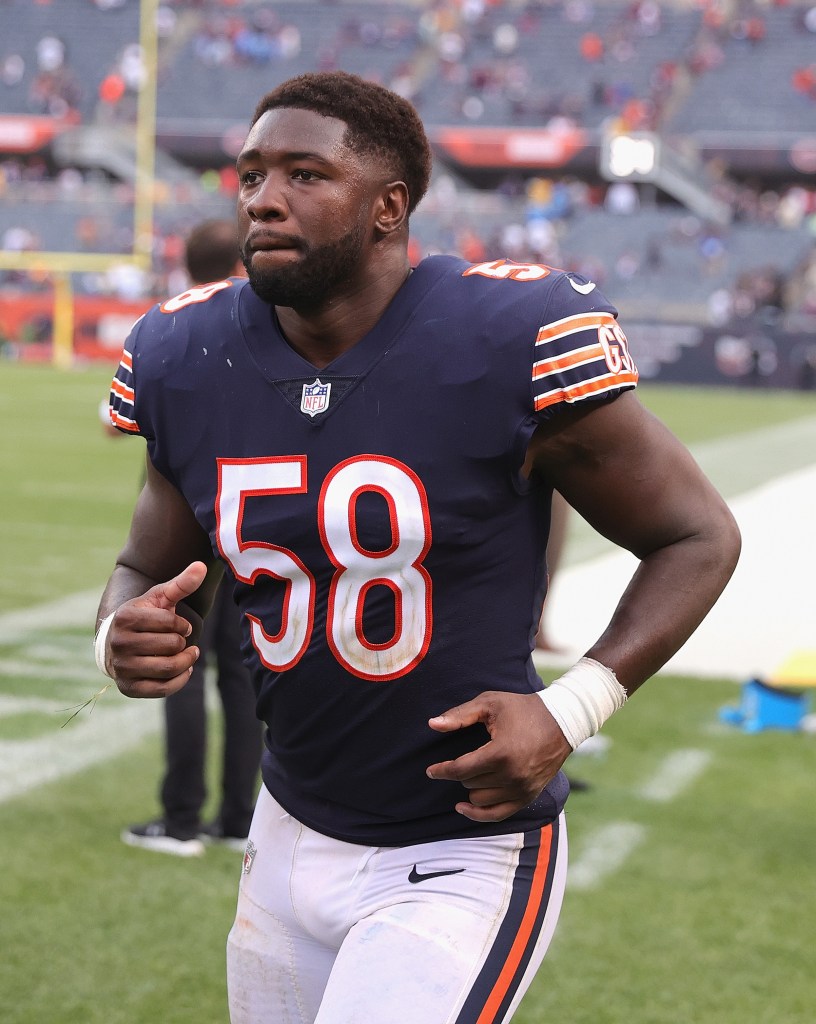 It’s officially on in Chicago between the Bears and star linebacker Roquan Smith.

One day after Smith officially demanded a trade out of Chicago amid a contract showdown, the team removed him from the Physically Unable to Perform (PUP) list. The transaction can be easy to overlook but is significant because now, if he misses practice, the team has the right to fine him for missed time.

Smith has yet to practice during Bears training camp as he seeks a new contract, and the team putting him on PUP to start the season appeared to be a show of good will, as players on the list cannot get fined for missing practice. But after Smith released a statement Tuesday saying the new Chicago front office “doesn’t value” him and has “refused to negotiate in good faith,” one can easily interpret the roster move as the front office essentially saying: No more Mr. Nice Guy.

NFL Network’s Ian Rapoport tweeted Smith’s statement on Tuesday morning, in which he confirmed that he officially requested a trade and saying the Bears organization left him “no choice” to do so.

“The deal sent to me is one that would be bad for myself, and for the entire LB market if I signed it,” Smith wrote. “I’ve been trying to get something done that’s fair since April, but their focus has been taking advantage of me.”

However, other insiders are more skeptical of Smith’s stance. ESPN’s Adam Schefter appeared on ESPN 1000 in Chicago on Wednesday and seemed to imply that Smith is turning down a fair offer.

“My view from the outside is that the Bears have made a number of, what sounds like to me, compelling offers,” Schefter said on “Waddle and Silvy.” “I could be proven otherwise, but I’ve chatted about some offers with some other people connected to the Bears, and I’ve run those numbers past other teams and they’re like, ‘wow.’ In their mind, they feel like it was fair. Obviously Roquan Smith doesn’t. He feels like he’s being mistreated. And that’s his perspective.”

The two highest-paid inside linebackers in the NFL are Shaquille Leonard of the Colts ($19.7 million per year) and Fred Warner of the 49ers ($19 million). Smith appears to have eyes on passing those figures.

“The money out there is comparable to those guys. I think he wants to beat those guys,” Schefter said.

It’s a tricky game for the Bears to play, as the team is generally lacking in talent and Smith is arguably their best player. But as the team hopes to rebuild for the future, they can’t exactly afford to overpay anyone – especially an off-ball linebacker.

The Bears and GM Ryan Poles’ first move was to take him off the PUP list. We’ll see where it goes from there.

Saquon Barkley on seeing Giants legends make Ring of Honor: ‘Those are things you want to achieve’