Britney Spears and Kevin Federline: A complete timeline of their relationship 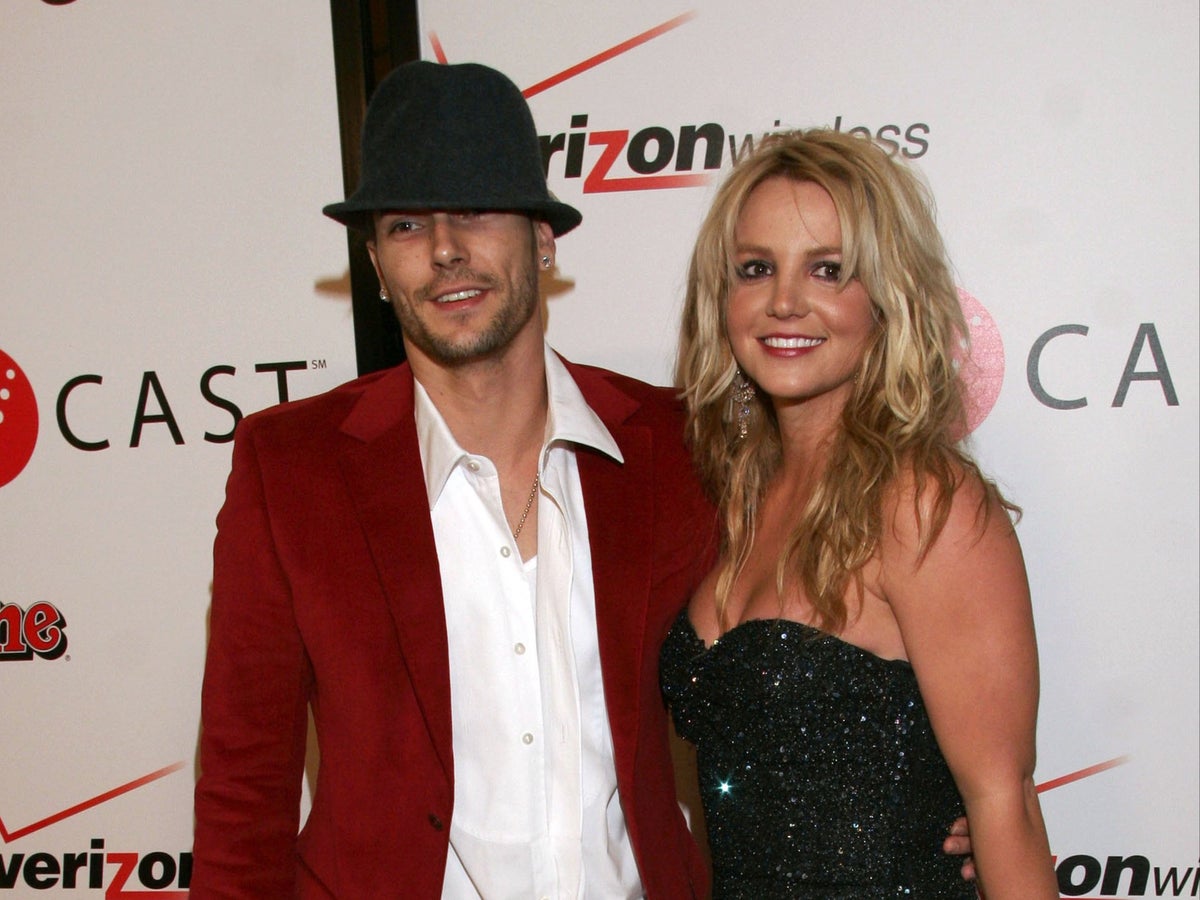 It may be over a decade since Britney Spears and Kevin Federline ended their marriage, but the former couple continue to have their ups and downs amid a public custody battle over their two teenage sons, Sean Preston and Jayden.

Their co-parenting struggles took a turn this week when Kevin Federline claimed their children were keeping their distance from Spears, who has been embracing her newfound freedom following the end of her 13-year long conservatorship and posting several nude images on social media. What’s more, the drama continues to grow as Spears’s current husband, Sam Asghari, speaks out against Federline in defense of his wife.

From marriage to divorce to co-parenting, here is a complete timeline of the drama between Britney Spears and Kevin Federline.

“I met her at a club in Hollywood, Joseph’s. Our eyes met and that was it. We just hit it off right away,” he said. “I learned real fast how much of a whirlwind the press and everything was.”

After just three months of dating, the two tied the knot in September 2004 during a surprise wedding ceremony in Studio City, California. Federline was 26 years old at the time, while Spears was just 22. Earlier that year, Spears was also married to her childhood friend Jason Alexander, but their marriage was annulled after just 55 hours.

The former couple welcomed their first child, son Sean Preston, weeks before their one-year wedding anniversary, and their second son Jayden James in 2006. At the time, Federline was already a parent to his daughter Kori Madison, now 20, and son Kaleb Michael, 18, with ex fiancée Shar Jackson.

Just eight weeks after the birth of their second child, Spears filed for divorce from Federline in November 2006, citing “irreconcilable differences”. In the couple’s initial divorce settlement, which was finalised in July 2007, they were granted joint legal and physical custody over their two children.

Spears suffered a mental breakdown in 2008 and was placed on a 5150 psychiatric hold, leaving Federline to retain sole custody of their boys. In February of that year, Spears entered into a conservatorship with her father Jamie Spears, who took complete control over her assets.

Since Spears and Federline’s divorce, it seemed the two were amicably co-parenting their sons when they were seen supporting their boys at their soccer and football games. Federline moved on to his now wife Victoria Prince (The two share daughters Jordan Kay, 10, and Peyton Marie, eight).

Amid her father’s health crisis and ongoing emotional distress, Spears voluntarily checked into a mental health treatment facility in 2019. After hearing the news, Federline’s attorney Mark Kaplan told Entertainment Tonight: “Kevin commends Britney for recognizing that she needs to take a step back and that she is taking the reasonable steps to dealing with her situation in a responsible way. He wishes everyone well.” That same year, Federline was granted 70 percent custodial rights and Spears 30 per cent.

After years with her father in control of her finances and personal life, Spears was finally granted freedom from her conservatorship in November 2021. The singer made a powerful testimony at her conservatorship hearing that June, where she spoke out for the first time about her experience, calling for those involved to be “put in jail”. Following the testimony, Federline expressed his support for the singer, saying he “only hopes the best for her because when the best for her is achieved, it’s the best for their kids.”

“The best thing would be for their mom to be healthy and happy,” his lawyer said in a statement at the time. “And if either of those things aren’t true, it doesn’t provide for the best setting for custody to be exercised.”

In June 2022, Spears married her longtime boyfriend Sam Asghari during an intimate ceremony at their Los Angeles home, just one month after the singer revealed she suffered a miscarriage.

While celebrities like Madonna, Paris Hilton, and Selena Gomez attended the festivities, Spears’ close family – her mother Lynne, father Jamie, sister Jamie-Lynn, and her two sons – were not present at the nuptials.

Asghari – an actor and former dancer for Spears – has been praised by fans over his continuing support for Spears amid her conservatorship battle and beyond.

On 6 August, Federline claimed during an interview with ITV that their teenage sons found it “tough” seeing their mother sharing nude photos online, saying: “I can’t imagine how it feels to be a teenager having to go to high school.”

Spears hit back at her ex-husband in a statement shared to her Instagram Stories responding to Federline’s “hurtful” comments. “It saddens me to hear that my ex husband has decided to discuss the relationship between me and my children … As we all know, raising teenage boys is never easy for anyone,” she wrote. “It concerns me the fact that the reason is based on my Instagram … It was LONG before Instagram … I gave them everything … Only one word: HURTFUL.”

Asghari went on to accuse Federline of using their sons to “vilify” his wife, and claimed her ex-husband’s “gravy train will end soon, which probably explains the timing of these hurtful statements.”

“There is no validity to his statement regarding the kids distancing themselves and it is irresponsible to make that statement publicly,” Asghari wrote on Instagram.

Following Federline’s comments, Spears’s attorney Mathew Rosengart said in a statement obtained by Variety on Thursday that Federline has created “legal issues” for himself, after posting private videos of Spears sternly speaking with her children without her consent.

“Whether he realises it or not, Mr Federline has not only violated the privacy and dignity of the mother of his children, he has undermined his own children, whose privacy he should protect,” the statement read. “Putting aside his ITV interview, Mr Federline’s ill-advised decision to post an old video of his 11 and 12-year-old children was cruel, bottom of the barrel stuff. It was abhorrent.”

“In addition to demeaning himself and violating societal norms, he has now also created various legal issues for himself, including, but not limited to, implicating cyber-harassment and cyber-bullying statutes, among other things.”