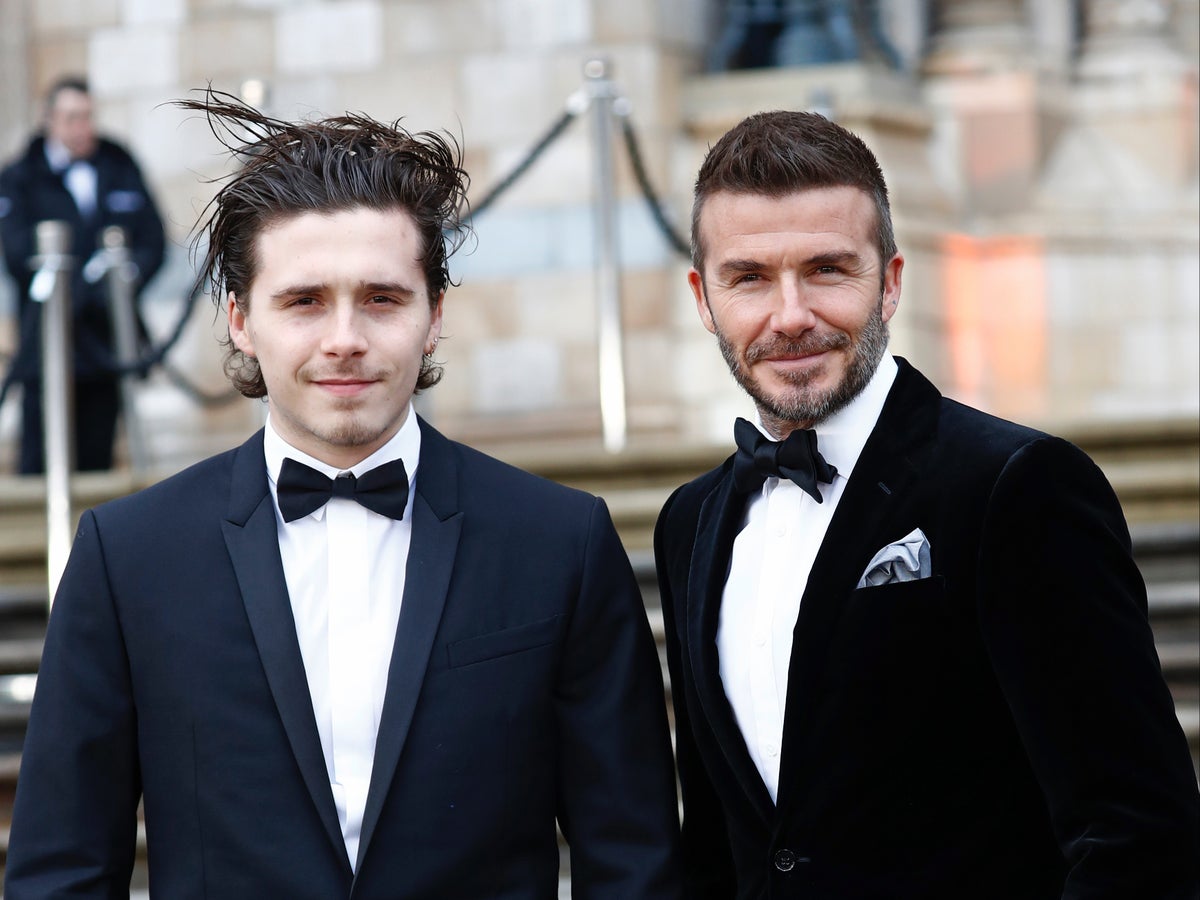 Brooklyn Beckham revealed his father’s supportive reaction after learning that his son was quitting his favourite sport, soccer.

The 23-year-old aspiring chef shared in an interview with Variety on Wednesday how his dad reacted when he stepped away from soccer after being released from the Arsenal Club at 16.

“My dad wasn’t sad, because he was like, I just want you to be happy. But of course I was sad. It was my whole life since I was literally two,” Brooklyn said.

Brooklyn admitted that pursuing a career with the pressure of living up to his father’s legendary name was another realisation he had before quitting the sport.

“To try and live up to what my dad did in football, I was just like, that’s going to be a bit difficult,” he said.

David Beckham, 47, is often hailed as one of the greatest soccer players of all time, with six Premier League titles and one Champions League for Manchester United. Meanwhile, his son Romeo Beckham plays for Inter Miami II, a soccer club owned by his father.

These days, Brooklyn has traded in a soccer ball for cooking knives. He also told Variety about his dream of owning a pub in Los Angeles alongside his wife, Nicola Peltz Beckham. He even hopes to one day document their journey for a reality television show.

“I’ve always said to my wife, we should actually do a reality TV show, because she’s so funny,” he added. “And we take the p*** out of each other all the time. She sometimes doesn’t get my English humour.”

Brooklyn and Nicola were married during a lavish Palm Beach ceremony in April, among friends and members of the Beckham family. The 27-year-old actress and model was also part of the Variety interview alongside her husband and addressed rumours of an alleged feud with her mother-in-law, Victoria Beckham.

When asked why she thought the claims about her and Victoria were made in the first place, Nicola said it could be due to her wearing a Valentino gown at her wedding instead of a dress designed by her mother-in-law. “I was going to and I really wanted to, and then a few months down the line, she realised that her atelier couldn’t do it, so then I had to pick another dress,” she said.

“She didn’t say you can’t wear it; I didn’t say I didn’t want to wear it. That’s where it started, and then they ran with that,” she added.

Her husband chimed in: “Everyone gets along, which is good.”

Where to donate to help those impacted by Hurricane Ian