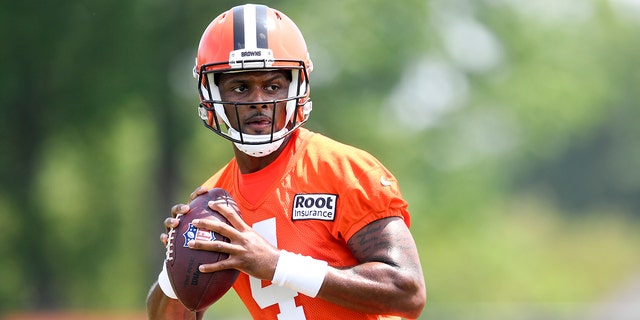 For the first time, Deshaun Watson apologized to the women who have accused him of sexual misconduct.

Watson spoke to Cleveland 5 News during its pregame show before the Browns’ first preseason game in Jacksonville against the Jaguars, which he started under center.

“I want to say that I’m truly sorry to all of the women that I have impacted in this situation,” he said, via ESPN.

“The decisions that I made in my life that put me in this position I would definitely like to have back, but I want to continue to move forward and grow and learn and show that I am a true person of character, and I am going to keep pushing forward.”

Watson previously said he had “no regrets” for his actions, but it seems that he has had some time to reflect.

The NFL suspended Watson six games for his alleged actions during massage sessions as detailed in lawsuits filed by 25 women. One woman dropped her suit, and Watson settled with 23 others.

The quarterback was suspended by a retired federal judge, and the NFL is appealing the suspension, aiming for at least an entire season of punishment.

“I know I have a lot of work to put in, especially on the field to be able to make sure I’m ready to play whenever that time comes, whenever I can step back on the field,” Watson said.

Watson completed just one of his five passes for seven yards Friday in what was his first NFL action since the 2020 season.