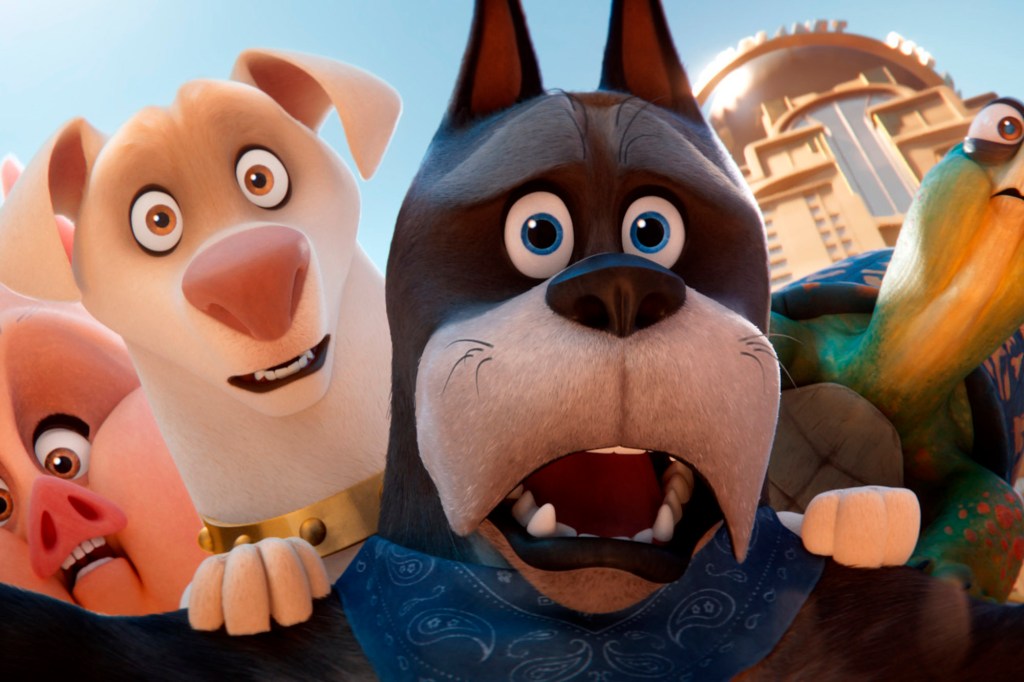 “Bullet Train” is speeding through the box office for the second week in a row.

On Friday alone, it raked in nearly $3.9 million, according to IMDB’s Box Office Mojo.

The Brad Pitt-led flick is projected to bring in over $13.1 million this weekend, according to Forbes, after opening on Aug. 5. It’s sold $44.9 million in tickets domestically and $77 million worldwide since its premiere.

“DC League of Super-Pets” barked its way into second place, taking home close to $2 million in sales. Dwayne Johnson, who voices the character of Krypto the Superdog, recently took to Instagram to reveal a full post-credit scene from the film, Deadline reported.

“Top Gun: Maverick,” which took a nosedive down to sixth place last Friday, flew back up to third place this week, earning over $1.9 million. The reboot of the 1986 blockbuster recently surpassed “Titanic” as the seventh-highest grossing film in box office history, according to ABC.

Audiences are starting to say “no” to Jordan’s Peele’s “Nope,” which slipped one spot to fourth place this week, with almost $1.6 million in sales. Following in fifth place was “Thor: Love and Thunder,” with an over $1.4 million take.

Elton John ‘flabbergasted’ and teary after Biden surprises him with medal