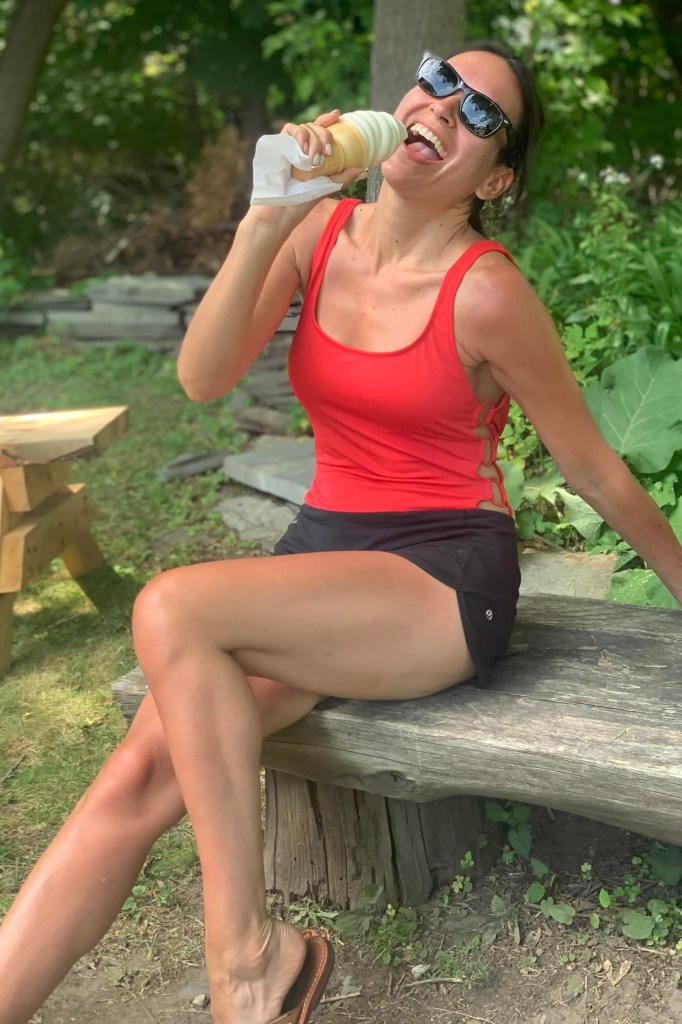 Now you can snag a designer deal with that $4.99 rotisserie chicken — but only if you have an exclusive VIP card.

Costco, the membership-only wholesale store, has become quite the destination for fashion lovers hoping to score a bargain on the latest trends along with their industrial-sized pantry items and $1.50 jumbo hot dogs. “Haul” videos — humble bragging about discounted duds, from Hunter boots to affordable UGG dupes — from around the country are racking up billions of views on social media.

TikTok, specifically, has become a treasure trove for hyping up fashion finds in the not-so-glamorous warehouses. The popular search term “Costco clothing finds” has just about 2 billion views. Meanwhile, several hashtags have millions of watches and counting: #costcofashion has more than 5.6 million, #costcocouture with 5 million plus and #costcoclothes upwards of 4 million.

@CostcoCouture — an account run by Jennifer Maldonado dedicated solely to Costco fashion buys — tipped off deal hunters to Hunter Chelsea boots, which typically run for about $175 retail, priced at just $84.99. Her video racked up 671,000 views.

“It’s all about ballin’ on a budget,” the Los Angeles resident told The Post. “Costco brings people of all walks of life together because everyone loves a deal!”

Maldonado, who works in the cannabis industry, said she started discovering fashion-forward items on her own during twice-weekly shopping trips. After sharing her coveted finds with friends, the 40-year-old started a TikTok account in May 2021 for Costco fans, where she now boasts 18,000 followers.

“I receive compliments every single time I wear one of my Costco finds,” she said. “Never fails. My Pendleton Rain Jacket is the hands-down number one winner. It’s a true classic and that I hope to keep for a long time.”

Now, she visits the seven stores near her residence “at least twice a week” since, she said, “every Costco has its own personality.”

“While shopping at Costco, I noticed that the garment quality had gone up, there were name brands on the floor, and they were trendy,” the fashionista said, noting she is not paid to feature any products but has a background working in apparel.

The style maven dished that she’s seen quality brands in-store like Hunter, Columbia, Ella Moss and Ugg — but the most memorable gem she once spotted at the big-box outlet was a Jimmy Choo purse on sale.

It’s no secret, too. One of the most widely-viewed Costco fashion TikToks posted by Maldonado, seen more than 410,000 times since June 27, shows hordes of women going wild for the 32 Degree Cushion Slides with a trendy platform design priced at $9.99. They “had a legit crowd,” she noted. On TikTok, a Tommy Hilfiger packable jacket for $29.99 drew in 595,000 views, while $20 Calvin Klein joggers were seen 608,000 times in one of her “Hey, shoppers!” videos.

“A lot of my clothes that I wear I get compliments on every single day,” she told NPR. “And I always say it’s from Costco, and I get the same response — like, a blank look on their face. Like, really — Costco? Heck, yeah.”

She’s not alone, either. “Don’t walk, run to Costco,” one video with 74,500 views since it was posted Wednesday declares, showing off $30 Skechers sneakers — a Gen Z favorite brand as Y2K trends cycle back in — and those same Hunter rain boots.

“Stop scrolling right now because this is your sign to go to Costco,” influencer Ashley Bell said in a clip watched nearly 21,000 times showing off Fila sweatshirts she scored for a mere $13 — a price that drove her to pick up two colors. “Costco coming in clutch.”

And it’s not just limited to in-store. Online shopping has been a boon for Costco fashionistas, too, with Maldonado modeling her on-trend Hilary Ridley S midi skirt in a leopard print — not unlike that $190 Réalisation Par slip skirt that went viral in 2018 — for a low price of $14.99.

She also touts the website for designer offerings like Tory Burch, Fendi, Givenchy and Chloé, excitedly pointing The Post to a 50%-off Edith tote ($2,290 at Bloomingdales but $1,800 at Costco — though for members only).

In fact, on-trend styles are abundant, with many users touting the shacket — a combination sweater and jacket seen at Victoria Beckham’s latest runway show and on the backs of stylish celebs like Gigi Hadid — for $15, as well as next season’s widely-seen cargo pants trend loved by Jennifer Lopez.

Of course, it’s rare to find actual couture one could easily stumble upon at Saks Fifth Avenue at the wholesale giant, but plenty of other videos show a wide range of more practical, everyday clothing and accessories from popular brands like Jessica Simpson, Champion, Calvin Klein, Tommy Hilfiger and more.

One teacher, who said she needed clothes made of lightweight fabrics for her school in Hawaii that has no air conditioning, showed off her haul of spiffy goods for the school year, with most items under $15 including pants she showed off in a later video.

While the trend has been bubbling for quite some time, Costco as a sartorial destination has also been the butt of jokes. Comedian Anjelah Johnson poked fun at the store in a standup routine at the Netflix Is a Joke festival in June, namedropping the Costco house brand Kirkland, which offers everything from meats to clothing to diapers.

“I’m approaching the age where I’m going to start getting my clothes the same place I get my groceries,” the 40-year-old said in a video with 9.4 million watches. “Say I won’t! You will catch me at Costco.”

But the “unexpected appeal” of Costco for clothing may be a sign of the times, according to fashion blog Refinery29, especially since fleeting trends cycle through fast fashion brands quicker than consumers’ minds — or wallets, given the climbing prices of essentials — can handle.

It may also be residual fallout from the pandemic, which changed the game when it comes to how we dress as a society.

“It’s all about comfort,” one Costco shopper said. “It’s kind of like a whole new mindset.”

For Maldonado, not every visit is a win in the fashion department, but she can always count her chickens.

“To justify my time and gas I usually will pick up a few non-apparel items while I’m there,” she said. “It’s too hot to cook in the summer, so our family lives off the Costco rotisserie chicken. The skins are so delish!”

Brown Styling for Fall – We Wore What