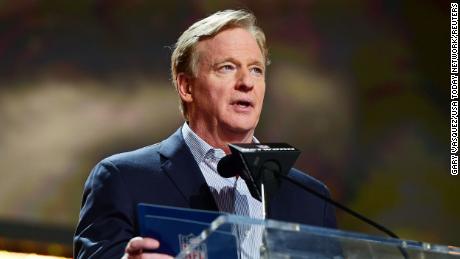 The interview was shared by the Browns on Twitter and conducted by a reporter for CNN affiliate WEWS’s “Browns Countdown.”

“I want to say that I’m truly sorry to all of the women that I have impacted in this situation,” Watson said. “My decisions that I made in my life that put me in this position I would definitely like to have back, but I want to continue to move forward and grow and learn and show that I am a true person of character and I am going to keep pushing forward.”

Before the short interview, Watson repeatedly denied allegations of misconduct, including sexual assault and harassment involving more than two dozen women. He did not elaborate in the interview on what he meant when he said “this situation.”

The NFL announced last week that it would appeal a decision by former federal judge Sue L. Robinson to sit Watson without pay for six games for violating the league’s personal conduct policy when he was with the Houston Texans. The league had been pushing for at least a full-season suspension instead.

In her written ruling, Robinson cited Watson’s “lack of expressed remorse” as a factor in the discipline that she chose.

Watson is awaiting the ruling from former New Jersey Attorney General Peter Harvey, who was named as NFL commissioner Roger Goodell’s designee to hear the appeal.

When asked why the league continues to seek a harsher punishment for Watson, Goodell said: “Because we’ve seen the evidence. (Robinson) was very clear about the evidence, she reinforced the evidence that there was multiple violations here and they were egregious and it was predatory behavior.”

“Those are things that we always felt were really important for us to address in a way that’s responsible,” Goodell continued.

Watson’s suspension does not affect the three-game preseason. He started Friday and completed just one pass in five attempts.

A three-time Pro Bowler, Watson did not play last season with the Texans because of a trade demand as well as the investigations into these allegations.

Earlier this year, the Browns traded three first-round picks for Watson and then signed him to a five-year, fully guaranteed $230 million contract, the most guaranteed money in NFL history.

CNN’s Jillian Martin and Ben Morse contributed to this report.

Analysis | The Cardinals doubled down on the Kliff and Kyler Show. It isn’t working.