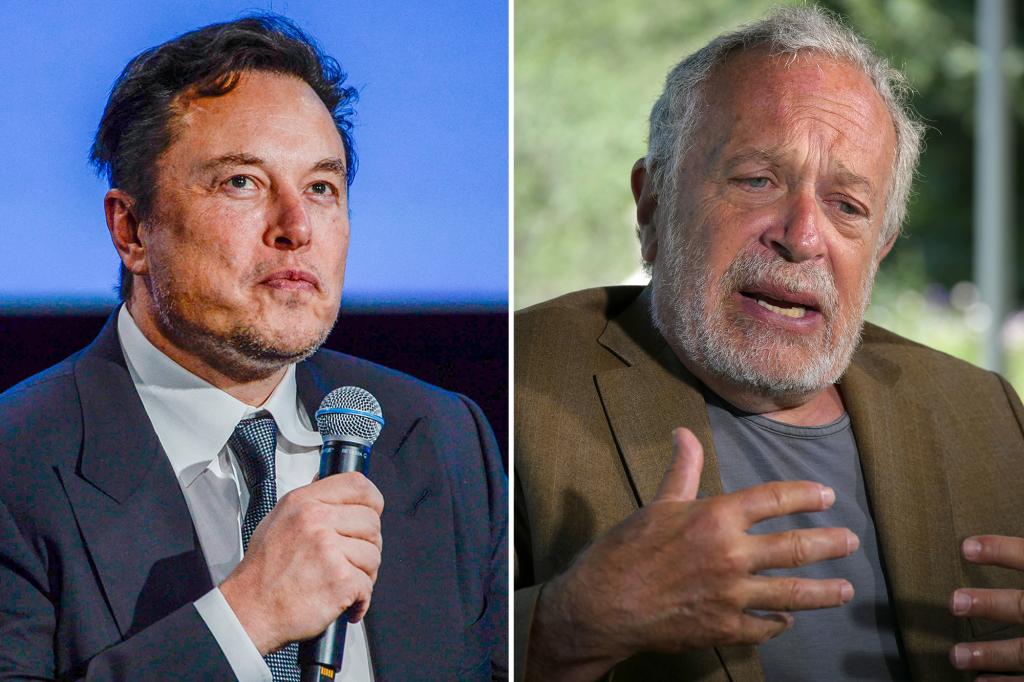 Elon Musk hit out at Robert Reich as an “idiot and a liar” on Wednesday after the former Clinton labor secretary said that “self-made billionaires are a myth” and that the Tesla mogul got rich because of his family’s wealth from having “owned an emerald mine.”

“Self-made billionaires are a myth — just like unicorns,” declared Reich in a four-and-a-half minute video.

Reich, who teaches at the University of California, Berkeley, said that “being ‘self-made’ is a nice idea” since “it suggests that anybody can claw their way to the top if they’re willing to work hard enough.”

“It’s what the American dream is all about,” he said.

He noted that Bezos, Gates, and Jenner were all helped by their families in establishing what would eventually become their billion-dollar business empires.

“The origins of self-made billionaires are often depicted as a ‘rags-to-riches’ rise to the top fueled by nothing but personal grit and the courage to take risks — like dropping out of college or starting a business in a garage,” Reich said.

The video then depicted images of Facebook founder Mark Zuckerberg, who left Harvard to build his social network, and Apple co-founders Steve Jobs and Steve Wozniak, who started their company in a garage.

“But in reality, the origins of many billionaires aren’t so humble,” according to Reich, who described the aforementioned moguls as those who went from “riches-to-even-more-riches” because they were “rooted in upper-middle class upbringings.”

Reich noted in the video that Musk, the Tesla CEO and world’s wealthiest person, “came from a wealthy family that owned an emerald mine in apartheid South Africa.”

“You both an idiot and a liar,” Musk tweeted in response to the video.

Musk then approvingly tweeted a link to a Substack blog post by Jeremy Arnold, who debunks the claim that Musk’s family was wealthy.

In 2018, Insider ran a story claiming that Errol Musk, Elon’s father, owned an emerald mine in Zambia.

Last year, Musk took to Twitter to deny Insider’s claims. He wrote that he emigrated from his native South Africa to Canada in 1989 “by myself” with just $2,500 Canadian dollars.

Musk tweeted that he “paid my own way through college, ending with ~100k student debt” and that he started his first company “with no funding & just one computer I built.”

“There’s no evidence whatsoever of an ’emerald mine’,” Musk tweeted.

Musk left South Africa at the age of 17 and relocated to Canada. He then attended the University of Pennsylvania, where he received a bachelor in physics and economics in 1995.

In 1999, his software company, Zip2, was acquired by Compaq. Musk received 7% of the proceeds, which translated to $22 million.

The next year, Musk used money from the sale of Zip2 to co-found X.com, an online bank that eventually merged with Confinity. The newly created entity was renamed PayPal, which was bought by eBay for $1.5 billion in 2002.

In 2004, Musk joined Tesla as chairman of the board before eventually becoming CEO in 2008.