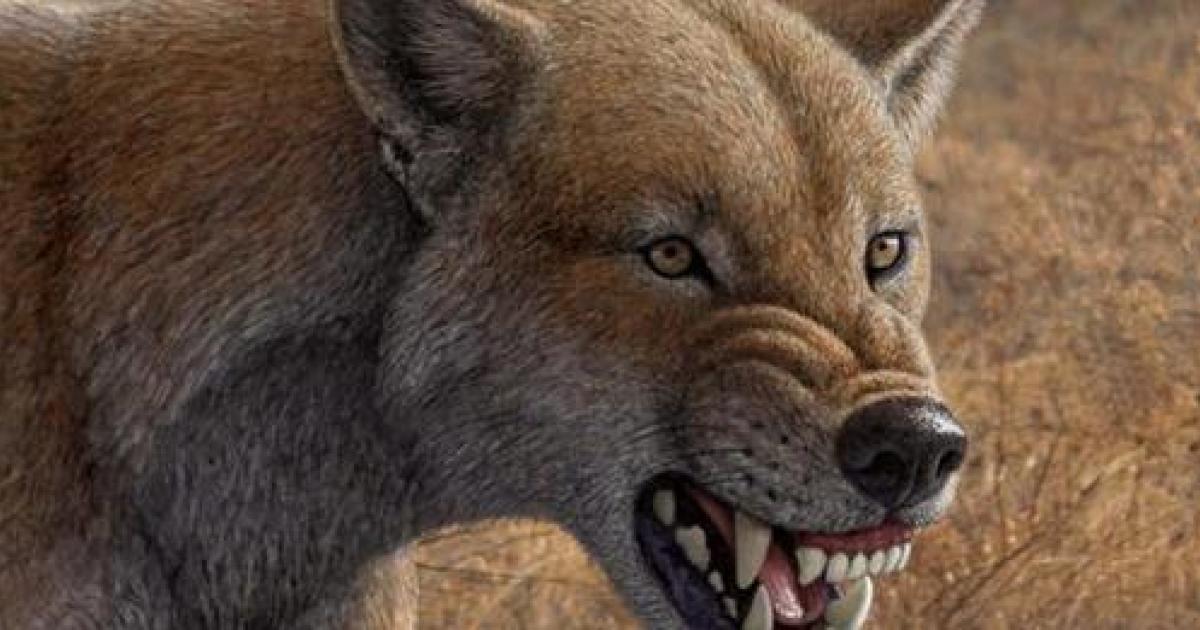 The university says it identified the Borophagus dog at the Gray Fossil Site by finding a single right humerus upper arm bone. The “bone-crushing” animal had powerful teeth and jaws.

The university says this is the first evidence of a dog there. The animal has been discovered at dozens of fossil sites across the U.S and Mexico, usually alongside plants and animals from open environments like grasslands.

Fossils at the Gray Fossil Site depict a densely forested habitat with lots of forest plants and tree-dwelling animals.

“The identification of a bone-crushing dog adds to the list of terrestrial apex predators at the Gray Fossil Site, the other being a sabertooth cat,” said Emily Bōgner, a UC Berkeley doctoral student who helped conduct the research. “With two large predators on land and alligators in the water, herbivores at the site would have had to be on high alert.”

The Borophagus was similar in size to a wolf, estimated to have weighed between 115-160 pounds, the university said. According to the National Park Service, the “bone-crushing” dog lived millions of years ago, from the late Miocene to the Pliocene epoch.

Researchers are hoping to find more Borophagus fossils to learn more about the dogs,

“The limb proportions of Borophagus are a conundrum to researchers,” Bōgner said. “Having more limb bones would be a big help in understanding how these bone-crushing dogs moved.”

Dr. Joshua Samuels, an ETSU associate professor who also conducted the research, said the lifestyle of the dogs is believed to be similar to hyenas.

“I would also like to see bones that had been cracked open by Borophagus at the site,” Samuels said. “That could help us to understand what they were actually eating in the ancient Appalachian forests.”

Share
Facebook
Twitter
Pinterest
WhatsApp
Previous articleWomen on LinkedIn fed up with being hit on by men: ‘This isn’t Tinder!’
Next articleDozens of looted artifacts are being returned: See Bronze Age art the US is sending home

adminhttp://roborop.com
Roborop is a website where you can share your stories, knowledge & ideas with the world. Our motto is to provide high-quality content to readers.
RELATED ARTICLES
Science & Environment