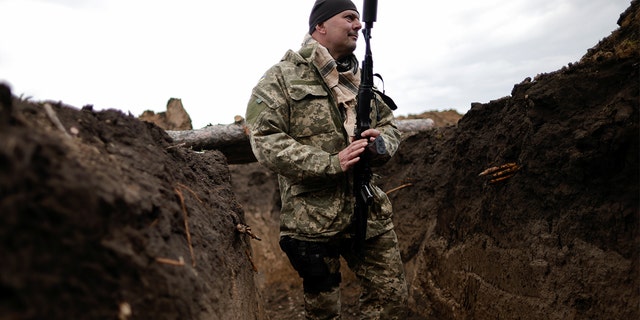 Reports that Ukrainian special forces were behind explosions at a Russian air base in occupied Crimea would represent an unlikely escalation in the conflict, an expert tells Fox News.

“Ukrainians are unlikely to be behind these explosions in Crimea,” Rebekah Koffler, a former DIA intelligence officer and the author of ”Putin’s Playbook: Russia’s Secret Plan to Defeat America,” said Wednesday.

At least three explosions were reported at Saky air base in Crimea Tuesday, which a Ukrainian government official reportedly told the Washington Post were the result of an operation carried out by Ukrainian special forces.

But the operation, which Fox News has not been able to verify, would represent a dramatic turn of events in the war, with Ukrainian forces demonstrating the ability to hit deep behind Russian lines in an area which Russian forces generally consider safe but also risking further escalation from Russian President Vladimir Putin.

Russia annexed Ukraine’s Crimea peninsula in 2014, and the Kremlin claims the region as part of its territory. The government of Ukraine has never recognized Russia’s claims to Crimea, a stance shared by the U.S.

Vitalii, a Ukrainian Army officer, holds his weapon in a trench during tactical exercises at a military camp, amid Russia’s invasion of Ukraine.
(REUTERS/Ueslei Marcelino)

“Moscow considers it now part of Russia,” Koffler said. “Doctrinally, strikes on Russia would call for retaliation and further escalation.”

Koffler cast doubt on the likelihood of the attack, noting that it could be part of a disinformation campaign, a tactic in which both sides are heavily engaged. She also pointed out that such a revelation by a Ukrainian official to the press on such a covert operation would be unusual and viewed as irresponsible, risking the further escalation of the conflict by Russia.

“While I don’t completely rule out the possibility of Ukrainian resistance staging detonations in Crimea… missile strikes by Kyiv on Crimea are highly unlikely,” Koffler said. “The Ukrainians know that it would be a red line for Putin because Russia annexed Crimea in 2014.”

The U.S. has supplied billions of dollars in military aide to Ukraine since the conflict began, but the assistance has come with the understanding that U.S. weapons will not be used to target the Russian mainland.

A U.S. official who spoke to the Washington Post on the condition of anonymity said Tuesday that a U.S. weapon was not used in Crimea explosion.

Ukraine’s government has yet to confirm or deny that the explosion was a result of a Ukrainian military operation, while Russia has claimed the blast was caused by an ammunition explosion. The Ukrainian Air Force said in a statement that nine Russian military planes were destroyed in the explosion, while Russian authorities said the blast killed one person and injured 13 others.

Ukrainian President Volodymyr Zelensky vowed to win back the disputed peninsula but did not mention the blast or any Ukrianian military involvement during his nightly address Tuesday.

“Crimea is Ukrainian, and we will never give it up,” he said.

The explosion comes as Ukraine has intensified its offensive in areas occupied by Russian forces, using guerrilla forces loyal to Kyiv and paving the way for the military to identify targets.

“Our goal is to make life unbearable for the Russian occupiers and use any means to derail their plans,” Andriy, a coordinator of the guerrilla movement in the southern Kherson region, told the Associated Press.

The Kherson region, which sits just north of Crimea, has witnessed increased guerrilla activity over the summer. In June, a Russian-installed official was killed in a bomb blast in the region while on his way to work.