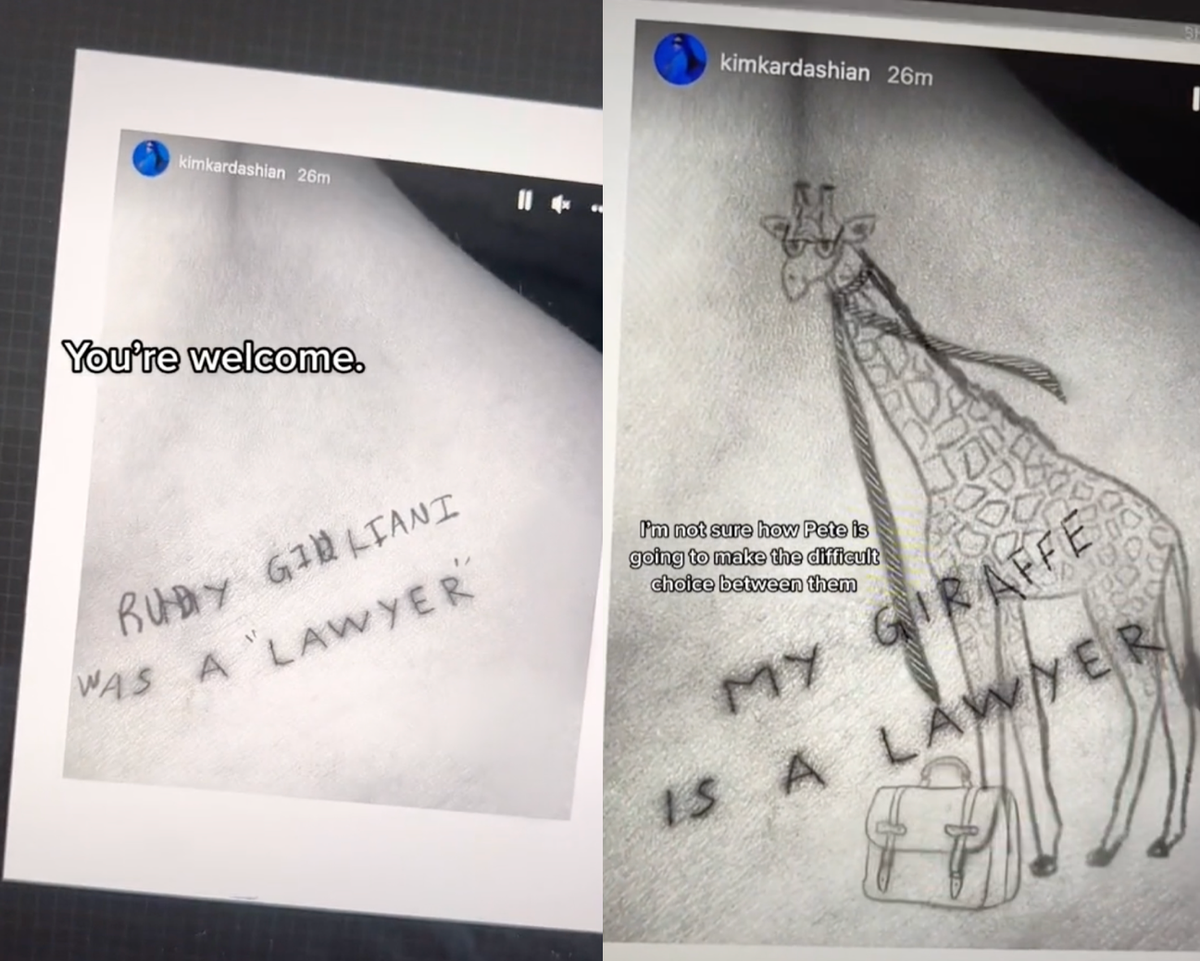 A fan came up with creative ways for Pete Davidson to cover up his “my girl is a lawyer” tattoo, which he got in honour of his now-ex Kim Kardashian.

In a recent video posted to TikTok, a user who goes by the name @mysweetadeline, shared a recommendation for Davidson.

“This is a problem but I know how to fix it,” the text over the video reads, along with a screenshot of Davidson’s tattoo on an iPad. “Don’t worry, I got you Pete.”

With their Apple pencil, the TikToker went on to modify the “my girl is a lawyer” ink to “Rudy Giuliani was a ‘lawyer’”.

As of 10 August, the video has more than 7.4m views, with TikTok users in the comments sharing their thoughts about the 28-year-old’s dating life and his tattoos.

“Or he can just date lawyers exclusively,” one person wrote.

“I feel like he’s the type of person to keep the tattoos to remind him of stuff he’s done,” another added.

A third person wrote: “He got enough money to remove the tat.”

@mysweetadeline has continued to share multiple videos about how Davidson could alter his tattoo, such as by changing it to, “my squirrel is a lawyer,” “my giraffe is a lawyer,” and “my squirtle is a lawyer”.

Davidson and Kardashian’s breakup was first announced on Friday in a report shared by E! News. The pair, who had been dating for nine months, reportedly still had “a lot of love and respect for each other,” but their schedules “made it really difficult to maintain a relationship”.

Aside from his “my girl is a lawyer” tattoo, the Skims founder revealed in March that Davidson had “a few tattoos” in honour of her and even got his chest branded with the word “KIM”.

“He wanted to do something that was really different,” the 41-year-old reality star said during an appearance on The Ellen DeGeneres Show. “I think he was like: ‘I want something that’s there that I can’t, you know, get rid of my tattoos’ cause he’s in the process of getting rid of his arm tats and his neck tats,” she continued.

Earlier this month, fans noticed that Davidson had a Jasmine and Aladdian tattoo, which appeared to pay tribute to how he and Kardashian met. In October 2021, the pair appeared on Saturday Night Live! together and dressed up as Disney characters Jasmine and Aladdin in one of the skits. Notably, the skit also involved the pair sharing an on-screen kiss.

Davidson is well-known for getting tattoos in honour of his girlfriends. He previously got multiple tattoos dedicated to now ex-fiance Ariana Grande. They have since been covered.