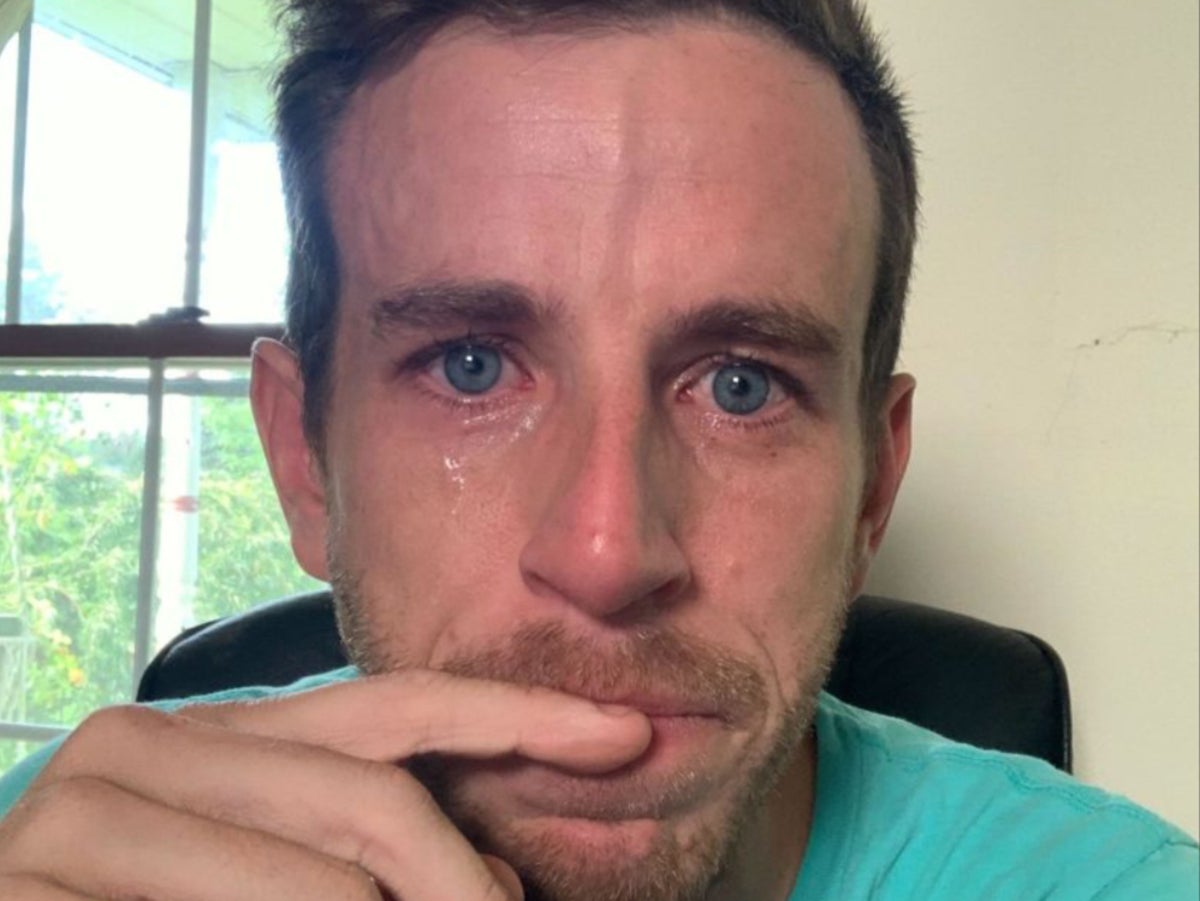 An employee who was laid off by his CEO, who then announced the company decision with a tearful selfie on LinkedIn, has revealed that he stands by his former boss.

On Tuesday, Braden Wallake, the CEO of business-to-business marketing agency HyperSocial, shared the emotional post on LinkedIn, where he described it as the “most vulnerable thing” he will “ever share”.

“This will be the most vulnerable thing I’ll ever share. I’ve gone back and forth whether to post this or not. We just had to layoff a few of our employees. I’ve seen a lot of layoffs over the last few weeks on LinkedIn. Most of those are due to the economy, or whatever other reason. Ours? My fault,” the chief executive officer wrote. “I made a decision in February and stuck with that decision for far too long. Now, I know my team will say that ‘we made that decision together,’ but I lead us into it.

“And because of those failings, I had to do today, the toughest thing I’ve ever had to do.”

The post, which soon went viral, prompted a range of criticism from LinkedIn users, with many condemning Wallake for sharing the tearful post rather than taking action to help the employees he let go.

In a follow-up post, the CEO claimed that he wanted to turn the criticism over the crying selfie into something positive, with Wallake uring LinkedIn users looking for jobs to post their resumes, desired job titles and qualifications, before informing employers that the comments section would provide an “opportunity to hire amazing people”. At the time, Wallake also noted that he would not be publicly sharing the names of the employees who he laid off.

“It was not my place to out the employees’ names publicly,” he wrote. “What I want to do now, is try to make better of this situation and start a thread for people looking for work.”

Following Wallake’s second post, one of the employees let go by the company, Noah Smith, decided to share his version of events.

“It’s almost 10pm on a Wednesday, and I’m finding myself in a place I didn’t think I’d be. Right now I’m ‘the guy who was let go by the crying CEO on LinkedIn,’” Smith, who worked as director of client relations for HyperSocial, wrote in a LinkedIn post of his own.

Smith then revealed that, just yesterday, he had been “a guy working really hard to help keep a small company afloat. A guy with two daughters, an amazing wife, and co-workers he trusted and appreciated more than he could imagine”. However, that changed when, at 4pm, he was asked to jump on a call with the company’s COO Emily Chucta, who “tearfully” informed Smith “ that the company didn’t have the funds to continue employing me”.

“I was a bit shocked, but didn’t feel any immediate rush of anger or resentment. I honestly haven’t fully processed how I’ve felt to this point, but none of it included mistrust, anger, or hate toward my former employers,” he wrote. “Then, earlier this afternoon it came to my attention that there was a post of Braden’s that went viral.”

According to Smith, even when he did read Wallake’s initial post, he was not surprised, as he said it showed his former boss “putting his heart on the line” as one would expect of him.

“After reading the post, my first thought was just: yep, there goes Braden, being way too honest on LinkedIn again and putting his heart on the line,” he continued, adding: “Now I feel a mixture of sadness and excitement.”

Smith then revealed that his sadness stems from the reaction to his former boss’s post, as he noted that he was sad to realise “making yourself vulnerable online makes you the target of people who feel like attacking someone”.

“There are countless posts of people mocking Braden’s post, with pictures of them crying and then nothing but cynicism and hate and mistrust of what he was saying. Do you have nothing better to do with your day than scroll LinkedIn looking for people to bring down?” he wrote.

According to Smith, his excitement has been sparked by the number of people who have reached out to him after he was laid off, with the former employee noting that he is excited “for what comes next”.

As for what he is looking for in a future employer, Smith said that he wants to find a boss, who, like Wallake, has a “positive outlook on life”.

Smith said he is also hoping to find a company that values its employees, and one that makes a positive impact on the world. He concluded the post urging those with questions about his relationship with HyperSocial or Wallake to reach out.

In response to the post, some refused to see Wallake from Smith’s positive perspective, with many continuing to criticise the CEO’s behaviour.

“I don’t know man. Like most humans, I also feel intense grief sometimes that makes me cry. But while I’m crying, I don’t think: ‘Hey, it’s a good idea to click a selfie, so I can post it on LinkedIn later,’” one person commented.

Another said: “So not only did the dude not tag you in his post or reference you, he also delegated someone else to fire you??:

However, others were supportive of Smith and impressed by his handling of the situation. “This is a class act! Very brave and commendable of you to speak up and do so in such a respectful way, without rancor or disgust or pity of your situation or the situation your former company is in,” one person commented.

On his own LinkedIn, Wallake also shared a follow-up post dedicated to Smith, in which he described his former employee as a “fantastic human being” who was creative, willing to help others, and great at what he did.

“We’re finally here. I was finally able to have a conversation with Noah Smith. One of the employees we had to let go.Noah goes above and beyond for his clients, his fellow teammates, and anyone he can,” Wallake wrote. “Any business would be lucky to have Noah as part of their team. If you have a job position that you think would fit Noah, please contact him directly on his LinkedIn.”

The Independent has contacted Wallake and Smith for comment.