Households owe £1.3bn to energy suppliers even before bills are set to double 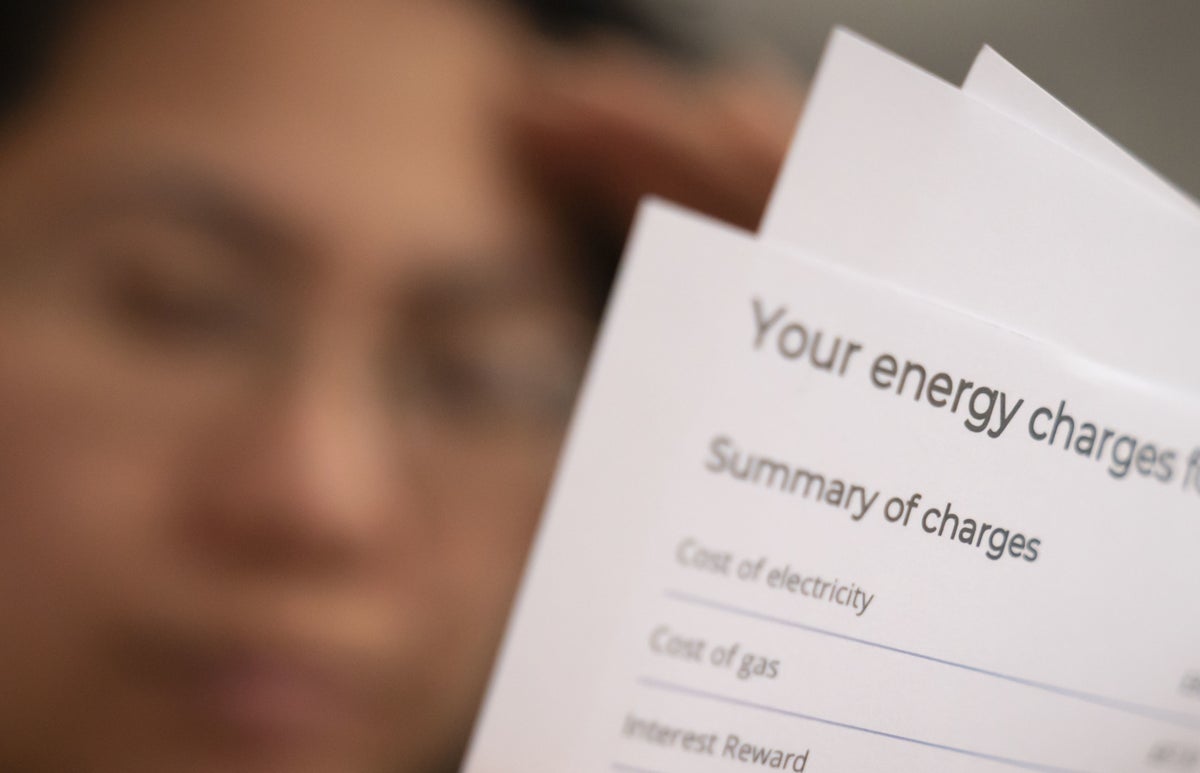 Households already owe £1.3bn to their energy suppliers two months before bills are set to soar by more than 80 per cent.

The overall debt bill is already three times higher than it was a year ago, experts at Uswitch said on Wednesday, and it seems likely it will grow further over the winter.

Six million homes across the UK owe an average of £206 to their energy provider, according to a survey from the company. In April, the same average debt was £188.

Normally, at this time of year, people have built up a small war chest to help even out the increased bills during the winter months.

Regulator Ofgem is expected to hike the price cap on energy bills to £3,582 per year for the average household in Great Britain from the beginning of October, according to a new forecast.

Analysts at Cornwall Insight predicted further rises, to £4,266 in January and then £4,427 from the start of April.

“Energy debt has hit an all-time high with the worst possible timing, turning this winter’s energy price hike into a deeply precarious situation for many households,” said Justina Miltienyte, head of policy at Uswitch.

“This is an alarming situation, as summer is traditionally a time when households are using less power for heating, which helps bill payers to build up energy credit ahead of the winter.”

“Energy bills have become an increasingly prevalent driver of debt among StepChange clients, so much so, that for the first time in our history the top referrers of clients into the charity are energy companies,” said Richard Lane, director of external affairs at StepChange:

“The new energy price cap predictions of average bills reaching more than £4,200 in the new year is devastating news for millions of households who have no hope of absorbing bills of this size without falling into serious, long-term debt.

“The planned cost of living payments will help to absorb some of the price rise, but further interventions from Government, regulators and energy companies will be essential to prevent people from turning to credit to make ends meet and having to make unthinkable choices between keeping the heating on and feeding their families.”

Citizens Advice said it was hearing from people every day who can’t afford to turn the lights on or cook their children a hot meal.

“The government did the right thing by bringing in targeted support, but it won’t be enough for people to manage these previously unthinkable price hikes,” said Morgan Wild, Citizens Advice’s head of policy. “The obvious place to start is to increase benefits to keep pace with the cost of living. There’s no time to waste.”

Uswitch’s survey showed that eight million households have no credit balances, meaning they have no cushion against the winter misery.

Nearly one in five people (18 per cent) said they were worried about their supplier forcing them to take a prepayment meter if they fall behind on bills, although 38 per cent said they did not know their supplier could do this.

“If you are behind on your bill payments, or your energy account is going into debt, speak to your provider as soon as possible,” Ms Miltienyte said.

Energy companies have an obligation to help struggling customers find a solution, such as working out a more affordable payment plan. You may also find you are eligible for additional support such as hardship funds and other energy help schemes.

Ms Miltientye added: “The government also needs to take energy debt seriously ahead of the winter – and a greater support package for vulnerable households needs to be agreed as a priority.”

There are several ways for customers to save on bills. One of the simplest is to turn down the flow temperature on your condensing combi boiler. Doing this will allow the boiler to run more efficiently and could save around £200 off an average energy bill.

Another easy saving is to turn off the pre-heat mode on the boiler, which could mean hot water taps taking longer to heat up, but could save hundreds of pounds a year. Experts also advise households to check if they are eligible for extra support.