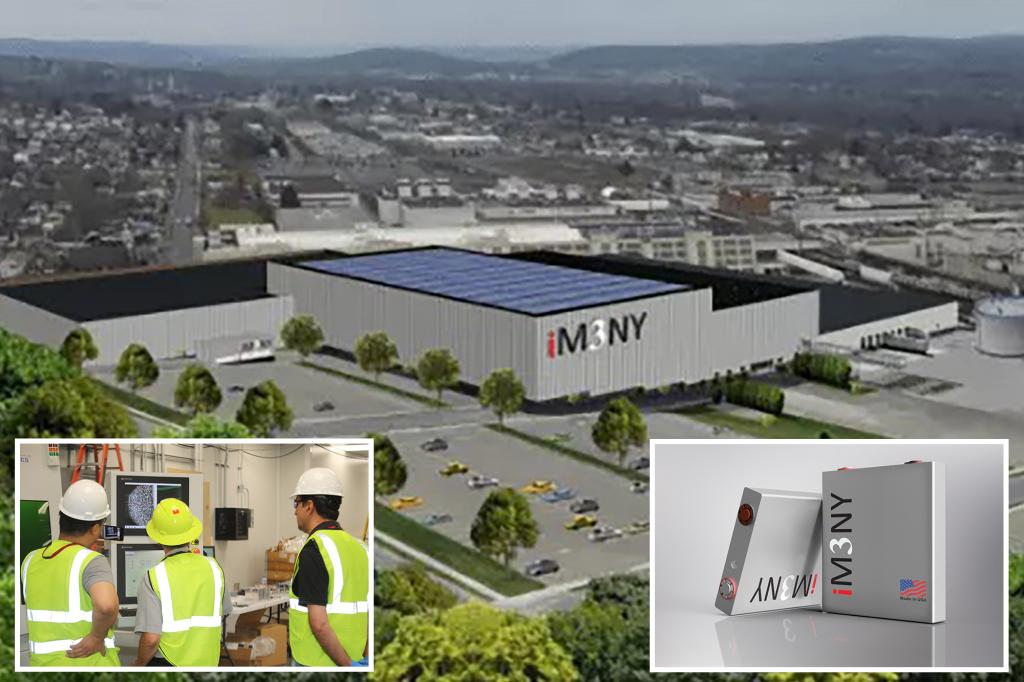 Researchers in New York and Australia have launched a technology-sharing initiative to end Western reliance on China for the production of lithium — the increasingly sought-after element that’s needed to make the batteries that power electric cars.

Experts at Binghamton University have patented a new cell technology that is expected to lead to the mass production of cleaner lithium-ion batteries — replacing a manufacturing process widely used in China that requires toxic elements such as nickel and cobalt, of which Russia also is a key supplier.

Imperium3 New York (iM3NY) recently inaugurated its Gigafactory in Endicott, NY — just outside of Binghamton. The facility, which is expected to employ up to 5,500 people, is the first US-owned lithium-ion battery factory that will mainly use North American-based sources for its supply chain.

The battery cells will be used to power electric cars and trucks, grid energy storage, and sensitive projects in the defense industry.

The company will produce clean battery cells developed by a team led by Binghamton University professor M. Stanley Whittingham, known as the “father” of the lithium-ion battery.

Whittingham and John Goodenough — both of Binghamton University — teamed up with Japan-based researcher Akira Yoshino to win the 2019 Nobel Prize in chemistry for their work.

The so-called Charge CCCV (or C4V) lithium-ion battery “uses fewer metals and less toxic-materials than comparable lithium cell batteries” which could then lead to “lower global warming, acidification, smog, and energy consumption,” according to an independent agency cited in a New York state report.

The breakthroughs in battery technology at Binghamton and the move to commercialize it at iM3NY stoked the interest of David Collard, the CEO of Scale Facilitation. In an interview this week, the Australian businessman said he was impressed that iM3NY partnered with 230 suppliers — none of which are based in China.

The Chinese-owned mine then sells the lithium to a processing plant in Australia, which is also owned by China before it is then shipped to China, according to Collard.

“It’s a very strategic industry where the West and Australia need to play a more active role,” he said. “Placing an unhealthy reliance in any industry or sector on one person or one business is just setting you up for potential risk down the path.”

So Collard arranged for the New York-based experts to partner up with researchers and entrepreneurs in his native Australia so that one day his native country can be self-sufficient in the production of lithium-ion batteries.

“It’s the cleanest of all technologies,” Collard told The Post. “And that’s largely because of the chemistry.”

Collard arranged for Binghamton researchers to connect with the heads of Australia-based Recharge Industries to plan for the construction of a “sister facility” in Victoria, Australia, which will produce 5GWh of storage capacity each year.

The Australian plant is expected to come online by 2026.

Tab overload? How to control what happens when you start your browser