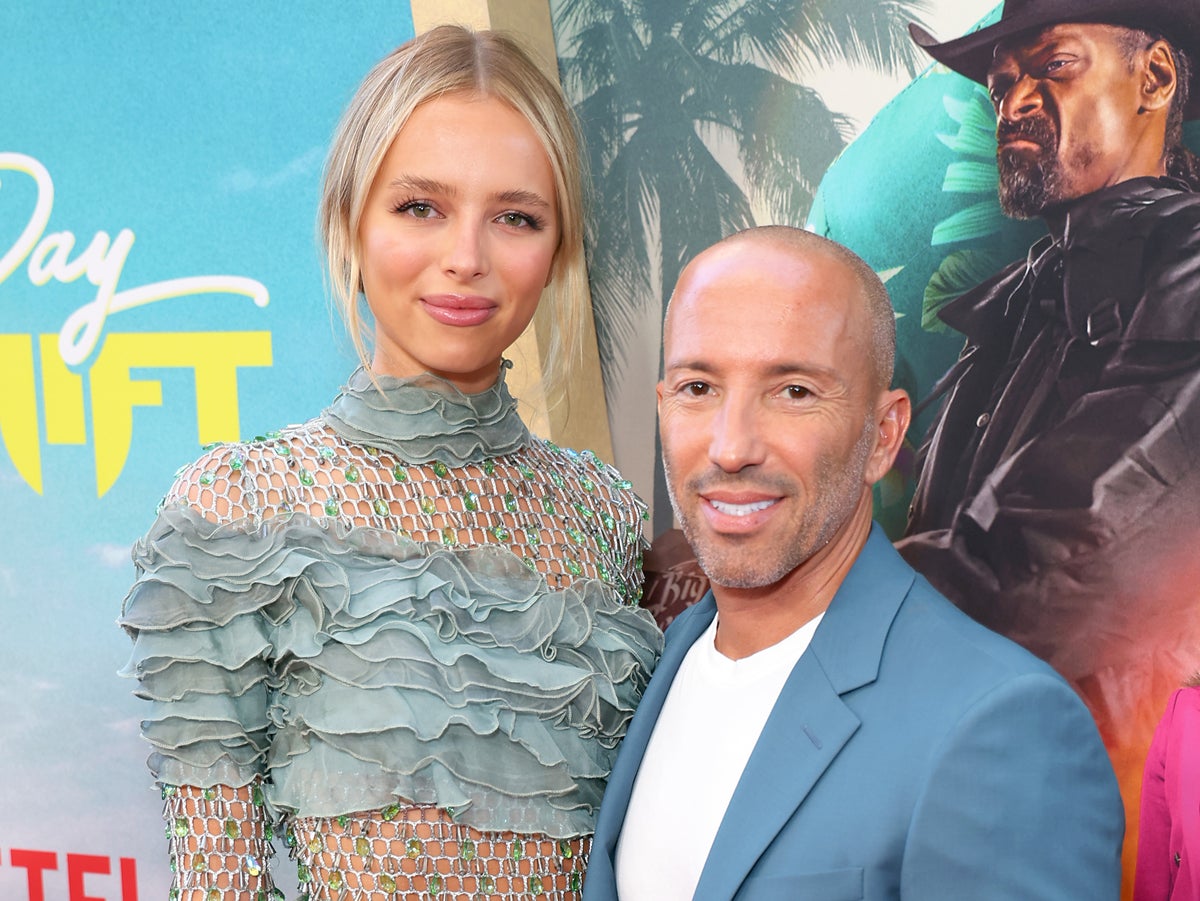 Jason Oppenheim has made his red carpet debut with his new girlfriend, Marie-Lou Nurk, following his split from Chrishell Stause.

The couple were all smiles as they arrived at the premiere of Netflix’s new comedy Day Shift in Los Angeles, US, on Wednesday (10 August).

Oppenheim looked smart in a teal-blue suit and Dior trainers, while Nurk opted for a turquoise-grey ruffled mini dress with cutout details.

The real estate broker andSelling Sunset star looked besotted with the model as they posed for photographs.

Speaking to Entertainment Tonight at the event, Oppenheim revealed that the cast have begun filming the new season of Selling Sunset.

“I don’t know the details, in a week or two I think I’ll know more,” he said, before disclosing that Nurk might make a cameo appearance.

“I hope so. We’re talking about it,” Oppenheim said. “Yes, like a little scene,” Nurk added.

The couple’s public appearance comes just over a month after Oppenheim told This Morning that he has no intention of being in a relationship after his split from Stause.

Stause and Oppenheim began dating in summer 2021 but split in December 2021 because their views on having children were not “aligned”.

The early days of their relationship and their subsequent breakup was documented in the fifth season of Selling Sunset.

Oppenheim told This Morning that he had “no plans” of sharing his next relationship with viewers.

“I have no plans of filming another relationship… or being in one for that matter,” he said.

Stause has also moved on with Australian rapper G Flip since May.

Oppenheim learned about their relationship during the Selling Sunset reunion in May.

He reacted kindly to the news, telling Stause: “They seem like a badass, for one. And two, the smile that’s been on your face the last couple minutes makes me very happy. I’m proud of you.”