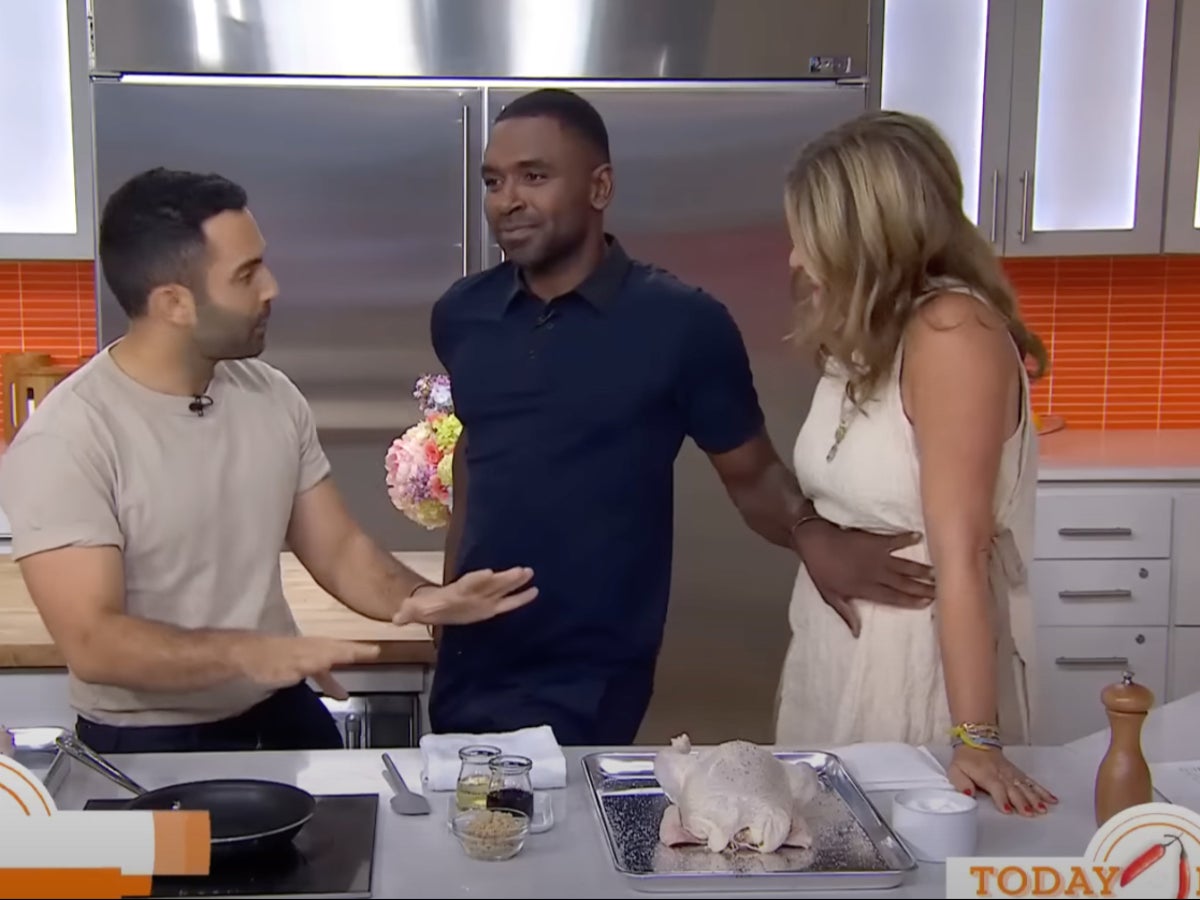 An uncomfortable moment witnessed by Today show viewers has sparked a debate about consent.

During the segment, Hager at one point placed her hand on Sylvester’s shoulder as she leaned in to watch the food preparation. The Today host then moved her hand to Sylvester’s other shoulder, at which point the co-host appeared to shrug Hager’s hand off.

After removing her hand, Sylvester then proceeded to continue to make his boundaries clear as he lightly pushed Hager away so that she was forced to take a few steps away from his side.

However, despite Sylvester’s reaction, Hager then moved closer once again as she smiled at the camera. Just moments later,  Sylvester then used his hand to push his co-host away once again.

“Do you want me to go?” Hager asked Sylvester at one point.

On social media, the moment was met with surprise from viewers, with many criticising the Today show host for seemingly ignoring Sylvester’s boundaries.

“This is not okay. She blatantly ignored his ‘no,’ violating his personal space and repeatedly touching him. Jenna Bush needs a suspension, at minimum,” author Adrienne Lawrence tweeted along with the clip.

Another person says the clip was “really uncomfortable to watch” and claimed it showed Hager “getting space-invadery repeatedly to the point where her co-host has to put a barrier up and then literally push her away”. “This is f**king creepy, and that smile at the end shows she knows exactly what was going on,” they added.

“He’s clearly uncomfortable. Like why does she keep touching him and getting in his space?!” one person asked, while someone else wrote: “Absolutely unacceptable.”

Others defended Hager on the basis that she and Sylvester appeared to be joking around with one another.

“You guys are really taking things over the top. He’s trying to flirt with the guest, and he and his co host are joking around. She even jokes ‘do you want me to leave’ and is completely aware of him trying to flirt with the guest. Find something real to be angry about,” one person commented under the video, while another said: “This was all in good fun for the camera, everyone calm down.”

The Independent has contacted representatives for the Today show for comment.