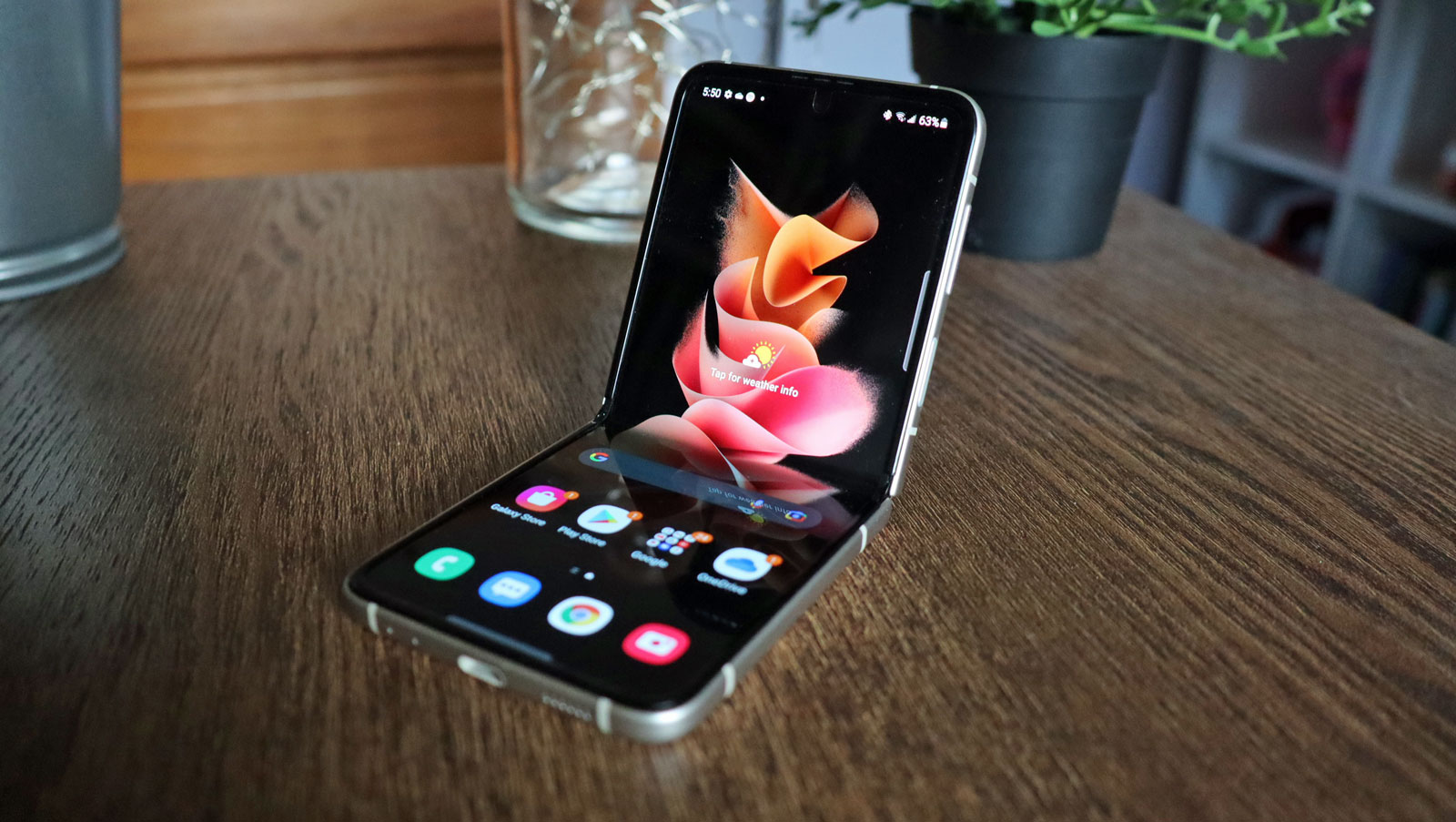 We’re expecting Samsung to officially announce the Samsung Galaxy Z Flip 4 in just a few hours at the time of writing, with the company holding a big launch at 9am ET / 6am PT / 2pm BST / 11pm AEST on August 10 (follow our live blog here). But ahead of that, almost everything about the Z Flip 4 has seemingly been leaked – including a hands-on video of a dummy unit.

This footage – along with some accompanying images – was shared by SlashLeaks (opens in new tab), and shows both black and white models of the phone. You can see a dual-lens camera next to the small cover display, a two-tone color scheme in the case of the white model, a metal frame, and a fairly large foldable main screen.

As these are dummy units they’re not functional handsets, despite appearing to have a clock and other details on the cover screen, which would explain why the date shown on them isn’t a real 2022 date.

Since these aren’t the actual phone, we’d also take this leak with a pinch of salt, but dummy units are often created based on real details about a handset, and this close to launch there’s a good chance those details would be accurate. The phone shown here certainly looks much like the Samsung Galaxy Z Flip 4 has in previous leaks anyway.

This isn’t the only new Samsung Galaxy Z Flip 4 leak though. The phone has also been extensively detailed by Roland Quandt – a leaker with a good track record – writing for WinFuture (opens in new tab).

According to Quandt – who also shared some images that match up with the leaked video – the Z Flip 4 has a 6.7-inch 1080 x 2640 foldable AMOLED display. This screen is said to have 425 pixels per inch, a 120Hz refresh rate, and to be protected by Gorilla Glass Victus Plus.

The cameras apparently include a 12MP f/1.8 wide one, a 12MP f/2.2 ultrawide one, and a 10MP f/2.4 front-facing one, and the phone is said to be IPX8 certified (meaning it’s got water resistance but not dust resistance).

5G is also mentioned unsurprisingly, and the dimensions apparently come in at 84.9 x 71.9 x 17.1mm when closed, or 165.2 x 71.9 x 6.9mm when open. Speaking of the design, Quandt claims the bezels have been shrunk, the hinge has been revised to make the phone more compact and robust, and tough Armor Aluminum is used for the frame.

The phone will also apparently be sold in four colors, along with a Bespoke Edition offering more than 70 color combinations. Pre-orders apparently open on August 26, and prices are said to start at 1,099 euros for a 128GB model, rising to 1,159 euros for 256GB, and topping out at 1,279 euros for 512GB.

Analysis: a small upgrade and a small price hike

We haven’t bothered with price conversions above because they’re unlikely to be particularly accurate, but for reference, the Samsung Galaxy Z Flip 3 started at 1,049 euros. So 50 euros less and for the same amount of storage.

It’s worth noting that we’ve seen a few pricing leaks and they don’t all totally agree, but recent leaks all suggest a small increase over the $999 / £949 / AU$1,499 starting price of the Z Flip 3.

So what has Samsung done to justify the extra outlay? Rumors suggest there’s a more powerful chipset this year, but that’s to be expected. Beyond that it’s looking like the battery will be bigger, with Quandt claiming that the Z Flip 4 will offer “significantly longer battery life” than its predecessor.

It sounds like charging is faster too, and that the design has been refined, while the primary camera apparently has a new sensor that’s capable of capturing more light.

So there are tweaks and improvements throughout if this information is accurate, but it doesn’t sound like the Samsung Galaxy Z Flip 4 is going to be a huge upgrade. For Samsung’s best foldable, you might have to look to the Samsung Galaxy Z Fold 4, which we’re expecting will land at the same time.