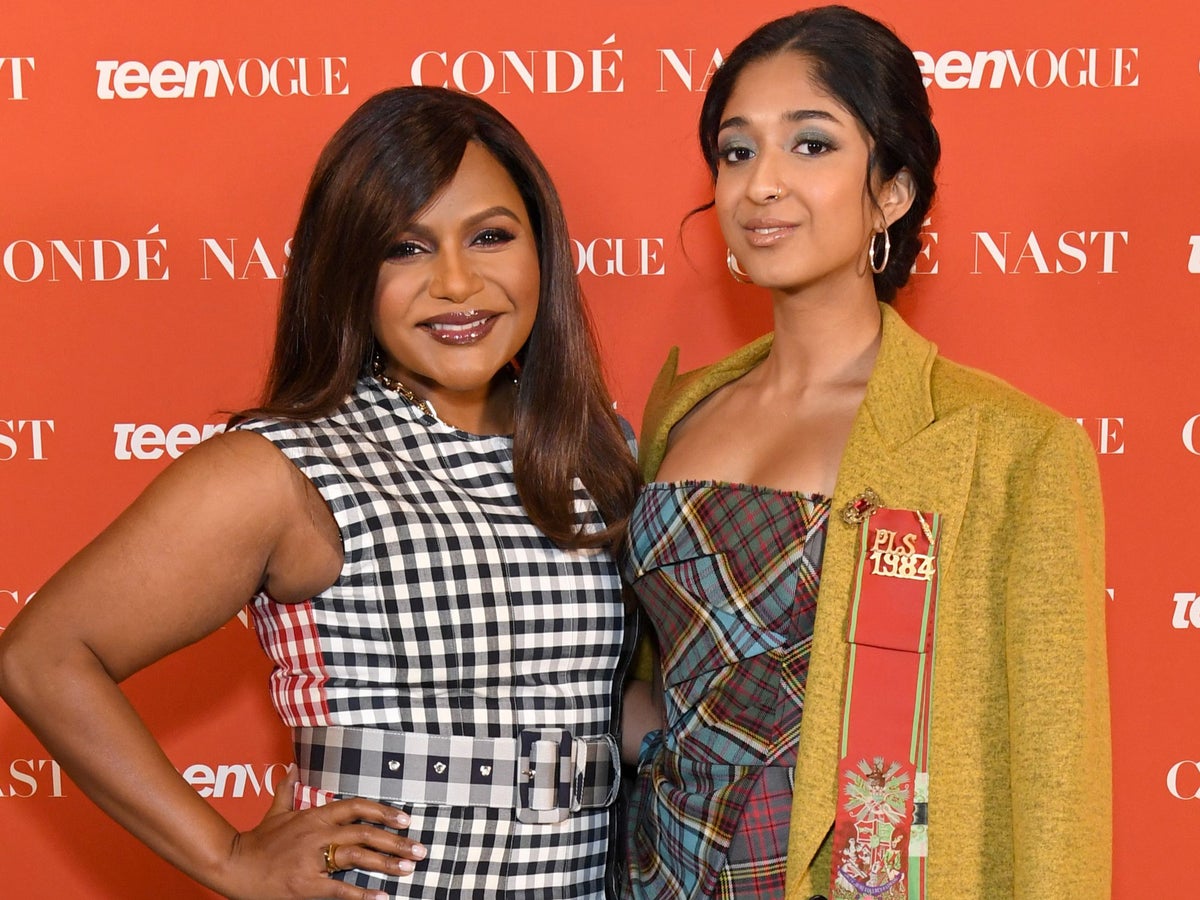 Maitreyi Ramakrishnan has opened up about her relationship with her boss, Mindy Kaling, and revealed why she loves to convince people that she’s “related” to the actor.

The 20-year-old actor – who is the star of Kaling’s hit Netflix show Never Have I Ever – discussed her bond she shares with the 43-year-old producer during a recent appearance on The Tonight Show With Jimmy Fallon.

After noting that she’s received advice from Kaling, Ramakrishnan revealed how much she loves to make people feel “awkward” by convincing them that she and the Office star are “related”.

“My favourite thing, though, is to try to and convince people that we’re distantly related because they feel awkward,” she said. “They like: ‘Oh, yeah because you guys are both brown. Like yeah you guys have got to be related.’ And then they’re like,:‘Oh, yeah, that makes sense.’”

“And I’m like: ‘No, no. I just totally made that up,’” she added, as Fallon laughed in response.

This isn’t the first time that Ramakrishnan and Kaling have spoken out about their friendship, and relationship. When the duo appeared together on Today with Hoda and Jenna in July 2021, Kaling praised Ramakrishnan’s performing skills and poked fun at their mother-daughter relationship.

“She’s the most exceptional young actress that I’ve ever met,” The Mindy Project star said. “She’s also my daughter and I thought that this would be a good time to tell everyone.”

Ramakrishnan then joked that there was “some nepotism” on the set of Never Have I Ever, before Kaling chimed in again and said: “I wish she was my daughter.”

Kaling then proceeded to applaud Ramakrishnan before acknowledging how far she’s come in her career, as the pair met when the actor auditioned for the Netflix show while still in high school.

“She was just this incredibly talented, high school kid who thought she could do it and we saw her and were like: ‘She’s a star,’” the comedian added. “We feel so lucky to have her.”

Elsewhere in the Today interview, Ramakrishnan described viewing Kaling as an inspiration and mentor.

“I’m not even trying to kiss up,” she explained. “She can do it all. No one can say Mindy Kaling does not work hard because that is just a lie. She always is working on something.”

“I’m so thankful to have Mindy Kaling as my first boss,” she added.

Ramakrishnan also frequently shares photos with Kaling on Instagram, where she once referred to the Ocean’s 8 star as one of her “fairy godmothers”.