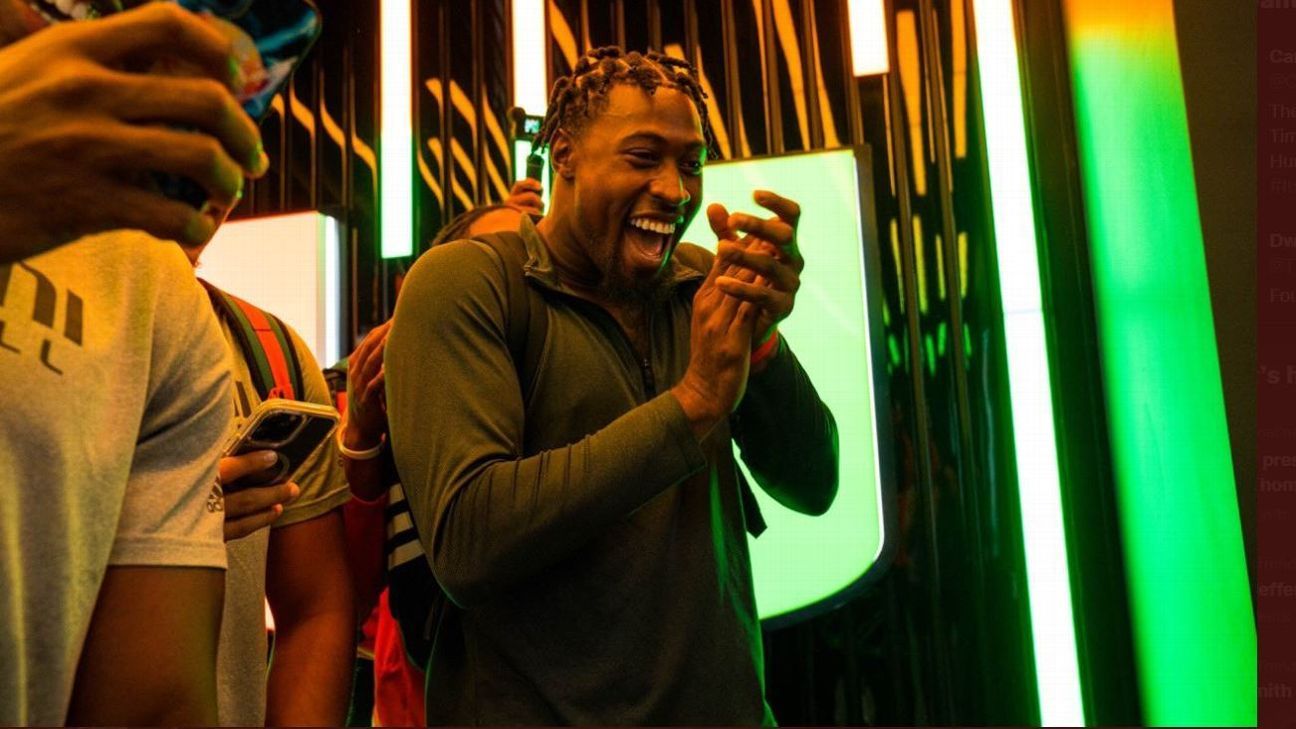 In yet another step forward for Miami’s athletic programs, the Hurricanes have unveiled a new football locker room, while also announcing a $1 million gift to go toward a state-of-the-art renovation of the men and women’s basketball weight room.

“I think the University of Miami has really made a statement over the last several months,” men’s basketball coach Jim Larranaga told ESPN. “First with the hiring of Mario Cristobal as our football coach. From a national standpoint, that was big news. Not only in Miami but throughout the country. That was followed up by the hiring of Dan Radakovich as our athletic director. He’s built tremendous facilities throughout his career, most notably at Georgia Tech and Clemson. Now his vision for the University of Miami’s athletic department is to go in that same direction.”

The gift for the basketball renovation comes from Miami alumnus Stephen Symons and his wife, Susan, for whom the facility will be named. It will include a strength and conditioning room, recovery area, nutrition bar and office space for support and medical staff.

“As a coaching staff, we’re always trying to send recruits messages about how good we are and how committed we are,” Larranaga said. “When a student-athlete comes and visits our campus and sees with his own eyes the incredible facilities, weight room and the training room, that will let him know the University of Miami is committed to our basketball programs. We’re committed to competing at the national level.

“In college athletics, there is no standing still. If you’re standing still, you’re falling way behind. This is our way of taking a very positive step toward building championship-caliber programs.”

Under first-year head coach Mario Cristobal, Miami football is ranked No. 17 in the preseason coaches’ poll. The Hurricanes open the season on Sept. 3 against Bethune-Cookman.

Miami’s men’s basketball team is coming off an Elite Eight appearance in 2022, beating USC, Auburn and Iowa State in the NCAA tournament as a 10-seed before losing to Kansas. The Hurricanes’ women’s team lost in the second round of the NCAA tournament to 1-seed South Carolina.

Share
Facebook
Twitter
Pinterest
WhatsApp
Previous articleHow The Endings Of Journey And Inside Inspired A Late-Game Mechanic In Before Your Eyes
Next articleLamont Dozier, Motown legend who co-wrote “You Can’t Hurry Love,” “Reach Out (I’ll Be There)” and “Heat Wave,” dead at 81