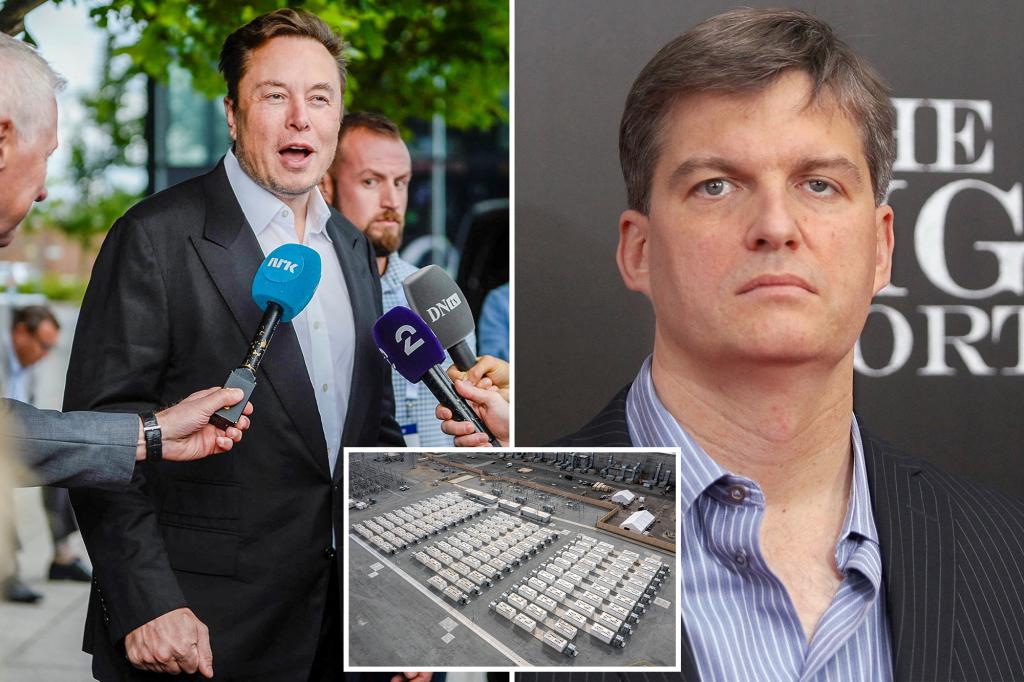 Investor Michael Burry took a fresh jab at his frequent rival Elon Musk’s firm Tesla on Wednesday after one of the car maker’s battery packs was involved in a fire-related mishap in California.

Burry, the boss of Scion Asset Management, shared a CNBC article detailing how a Tesla Megapack caught on fire at one of California utility giant PG&E’s storage facilities in California. The incident forced the California Highway Patrol to close a section of a nearby highway for several hours until the fire was contained.

“If I am tweeting this you can bet I am not short it. But I should be,” Burry tweeted.

Burry exited a short position on Tesla shares last November, according to Bloomberg. The hedge fund sage did not specify why he is not actively betting against Tesla’s stock, given his criticism of the company.

Burry and Musk have frequently traded public barbs in recent years. The most recent exchange occurred in July after reports surfaced that Musk had fathered twins with Shivon Zilis, an executive at one of the billionaire’s companies, Neuralink.

At the time, Musk confirmed the twins’ births by tweeting that he was “doing [his] best to help the underpopulation crisis.” The post drew a rebuke from Burry.

“Babies born in the US are at 1950 levels, but that doesn’t mean that bosses should sleep with subordinates to try to remedy the situation,” Burry tweeted at the time.

“Bigger problem is nuclear families are at 1959 levels, and woke doctrine wants it lower. More babies in broken families not the way,” he added.

Burry frequently deletes his tweets shortly after they are posted.

Burry, who rose to national fame after his bet against the housing market was chronicled in the 2015 film “The Big Short,” initially took a short position on Tesla in late 2020. He argued the company’s valuation was bloated and referred to its stock price as “ridiculous” in December 2020.

Even after he exited the short position last year, Burry ripped Musk for selling off part of his stake in Tesla as the company’s stock fell. Musk said the sales were for tax purposes and fired back at Burry over the criticism, calling him a “broken clock.”

Still, Burry spoke out in favor of Musk’s now-stalled bid to acquire Twitter, arguing it would be “good for America” if he took a controlling stake in the social media platform.

Burry has built a massive following on social media in recent months, where he has frequently warned of a looming stock market crash. In August, his firm disclosed that it had dumped its entire stock portfolio during the second quarter.

I tried earbuds that swap from in-ear to open-ear, but they prove you must specialize