OM System OM-5: everything we know so far about the promising travel camera 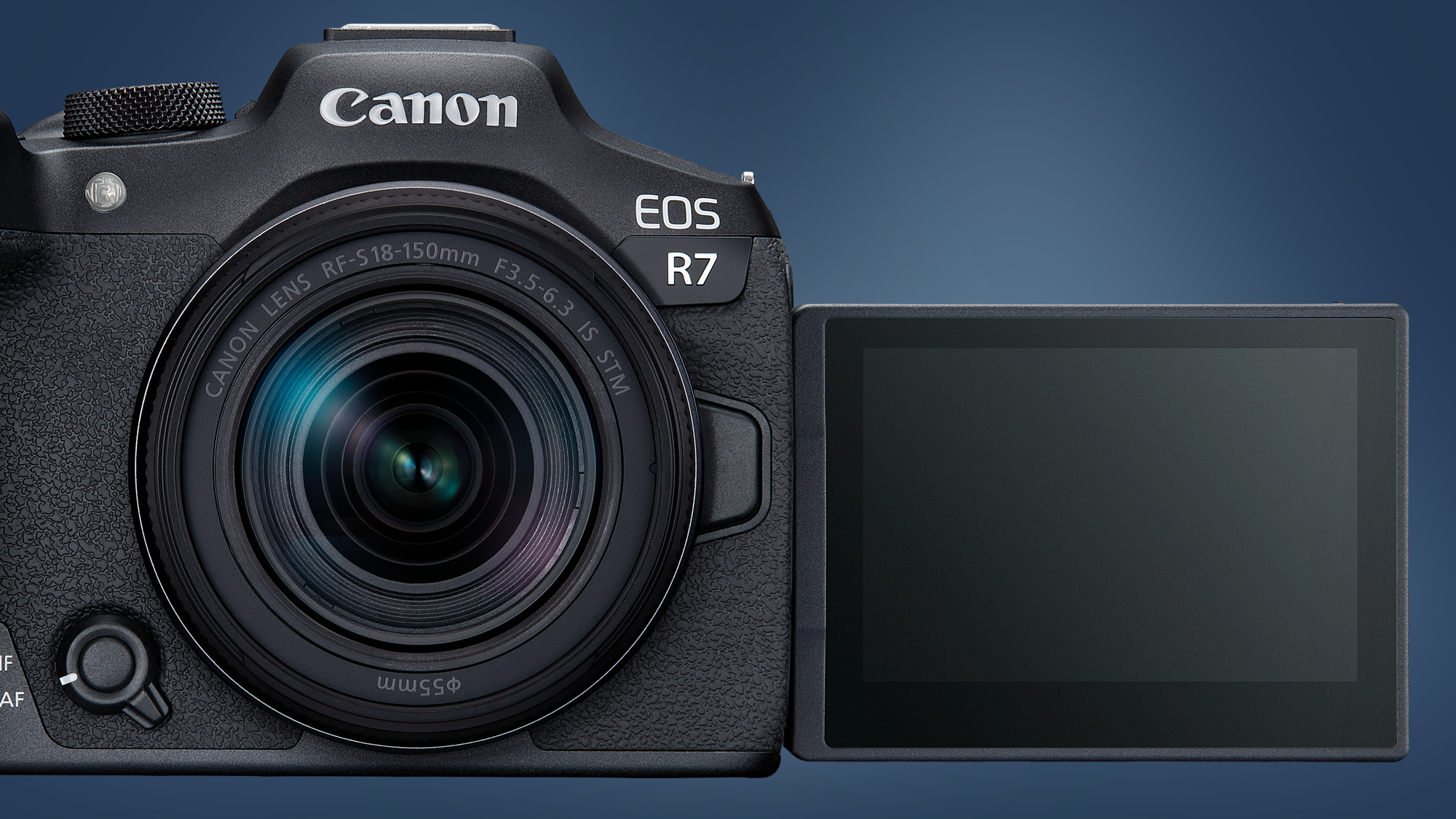 Fittingly for a camera that will be the last to bear the ‘Olympus’ badge, the OM System OM-1 is one of the best mirrorless cameras we’ve seen this year – and the rumors suggest it could soon get a smaller, more affordable sibling called the OM System OM-5.

Seasoned fans of Olympus cameras, which were sold last year to an investment firm and re-born as OM System, will notice a familiar pattern in the naming of that rumored camera. Olympus cameras used to be lead by an E-M1 flagship, with the E-M5 range offering some of that power in a smaller body for travelers and hobbyist shooters.

Despite this, the OM System OM-5 rumors are pointing to something slightly different. The speculation so far is pointing to a ‘mini OM-1’, including the key features that saw the OM-1 leap ahead of all previous Olympus cameras when it comes to autofocus, burst shooting and video performance: a new 20MP stacked sensor.

Of course, this is all just speculation right now. But if the rumored OM-5 is indeed as close to the OM-1 as the rumors suggest, it has the potential to be one of the best travel cameras around. The OM-1 has already shot to the top of our guide to the best wildlife cameras you can buy, so if the OM-5 packs some of its speed, computational modes and stabilization into a smaller body, we’ll be very keen to take it for a spin on our travels.

Here’s everything we know about the OM System OM-5 so far, sprinkled with our analysis of the rumors, plus a wishlist of what we’re hoping to see from the first ‘Olympus’ camera without that legendary name.

We don’t have an official OM System OM-5 release date yet, but the pretty reliable 43Rumors (opens in new tab) said in June that it was “99.9% sure OM Digital will announced the new OM-5 in late September”. The site added that it had “been told the camera shipment will start in October”.

Naturally, delays are always possible, with supply chain issues and chip shortages knocking many launch schedules out of sync this year. But this would be a six months after the arrival of the OM-1 and wouldn’t be an unusual window for an ‘Olympus’ camera. Both the original Olympus E-M1 and E-M5 Mark III were launched in the September-November timeframe.

So far, there have only been a handful of rumored specs for the OM System OM-5, but they’re pretty big ones.

On June 30, 43Rumors (opens in new tab) stated pretty definitely that “the new OM-5 will use the same OM-1 sensor”. If so, that’d mean the camera would get the same 20MP BSI (backside-illuminated) stacked chip that impressed in the OM-1 and opened up some impressive shooting power.

A stacked sensor is only one part of the image capturing equation, though, with an another important factor being the camera’s processor. There haven’t yet been any OM-5 rumors on this front, but we doubt it’d manage to pack in the same TruePix X processor as the OM-1.

That processor is, OM System claims, up to three times faster than the one in the E-M1 Mark III. Our bet? The OM-5 will have a refined version of the TruePix IX processor seen in the latter instead.

This leads us onto one of the more curious rumors about the OM-5 – that it’ll have 15fps burst shooting. This suggestion, again from 43Rumors (opens in new tab) in July, wasn’t specific about whether this might be for the mechanical shutter or electronic shutter, or if it includes autofocus and autoexposure.

But looking at the specs for the E-M1 Mark III – which shoots at at a max of 10fps with its mechanical shutter – we suspect this means the OM-5 will get 15fps speeds in this mode, with faster speeds available with its electronic shutter.

Some more recent rumors (opens in new tab) have claimed that the OM-5 will back this up with AI subject tracking, which we enjoyed on the OM-1. Our OM System OM-1 review did have some criticisms, stating that “tracking AF is far from perfect” on the camera and “not as sticky as some other systems when line of sight is disrupted”. Still, we found subject acquisition to be a big upgrade from earlier Olympus cameras, so it’d be a very welcome addition to a more affordable body.

Talking of the body, what kind of design can we expect from the OM System OM-5? This remains one of the big question marks about the camera. Tradition suggests that, as a simple and more affordable alternative to the OM-1, it’d have a smaller and more travel-friendly body. The fact that it’s only expected to have one card slot, rather than the OM-1’s two, would support this.

On the other hand, the OM-5 is also expected to have the same OM-1 BLX-1 battery as OM System’s flagship camera, and the OM-1 is already pretty small and light. In fact, the OM-1’s design is one of our favorite things about the camera, with our review stating that “you’ll struggle to find another camera that’s better built or feels more comfortable in the hand than the OM-1”.

The most likely scenario is that OM System will follow tradition and make the OM-5 a slightly smaller, retro twist on the OM-1 with a bit more polycarbonate plastic to keep the price and weight down. But we’re looking forward to seeing what it does here.

Overall, then, it seems the OM-5 won’t be a replacement for the Olympus OM-D E-M5 Mark III, but rather a more premium alternative – and possibly a follow-up to the E-M1 Mark III instead, given how far the OM-1 has leapt ahead. That’s a pretty good formula for a travel camera on paper, but we’ll update this guide when we hear more concrete rumors. In the meantime, here’s a few things we’d like to see it deliver.

OM System OM-5: what we want to see

Other than their small form factors, one of the big appeals OM System (and Olympus) cameras are their computational photography modes. These are a bit like your phone’s portrait mode, only a bit more involved and designed for keen photographers. Think ‘Live ND’ to create the effect of a long exposure or in-camera Focus Stacking for macro photography.

There’s no reason to expect that these would be ditched on an OM-5. But despite its rumored stacked sensor, it’s possible that they effects would simply take longer to process if it goes for an older processor. That’s something we’d certainly accept if all five of them are available on a cheaper body with stacked Four Thirds sensor.

Another traditional hallmark of Olympus cameras, and the OM System OM-1, is their impressive weather-sealing. Unusually for a mirrorless camera, the OM-1 even has an IP53-rating – this doesn’t mean it’s fully waterproof, but we were happy to take it out during some London downpours.

Will the OM-5 get the same rating? We hope so, as we were previously impressed with the E-M5 Mark III’s toughness. This could also help it compete with rivals like the Canon EOS R7 and Fujifilm X-T4, which are weather-proof but not quite to the same extent as the OM-1.

Another of our favorite features in the OM System OM-1 is its in-body image stabilization (IBIS), which serves up an impressive eight stops of compensation. What does that mean in the real world? You can handhold shots like the one below at shutter speeds of around 1/4s, without needing a tripod.

Realistically, we couldn’t expect an OM System OM-5 to offer the same level of stabilization, particularly if it does have a smaller body. The E-M1 Mark III also offered two extra stops of compensation compared to the E-M5 Mark III (seven stops versus five).

But we’d certainly like to see an IBIS system that can give us at least six stops of compensation, given that’s possible on the Fujifilm X-S10. The latter has a larger APS-C sensor than the ones in OM System cameras and is also impressively affordable ($999 / £949 / AU$1,699).