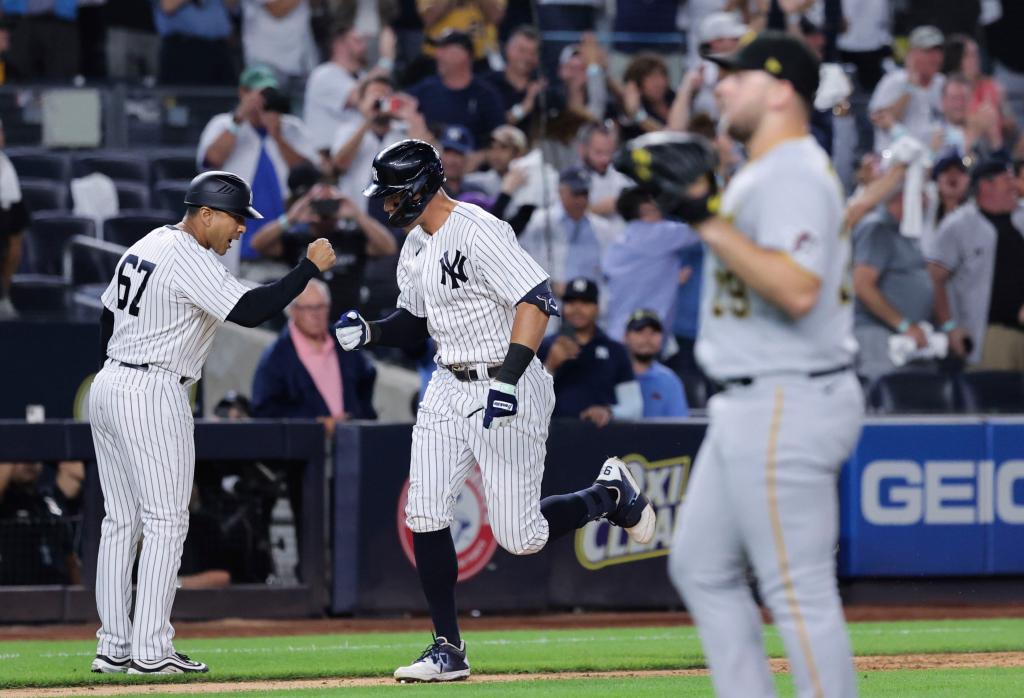 Baseball history is full of interesting stories throughout the generations, and Aaron Judge’s 60th homer in the Yankees’ 9-8 comeback win over the Pirates is no different.

Pirates reliever Wil Crowe — who gave up Judge’s 60th homer in the ninth inning which tied Babe Ruth — is related to a former Yankee who played with “the Bambino.”

Crowe’s great-great uncle, Hall of Famer Red Ruffing, was Ruth’s teammate on the Yankees in the 1930s. Crowe visited Ruffing’s plaque in Yankee Stadium’s Monument Park before the game.

Judge homered on a 3-1 pitch from Crowe (5-10) to match Ruth’s total from 1927, which stood as the big league record until Roger Maris broke it 34 years later.

“He did what he was supposed to do with it,” said the 28-year-old Crowe, adding that he wasn’t going to walk Judge who was the leadoff hitter in the inning with a four-run lead. “3-1 count, I’m not going to put him on. I felt like I wanted to go after him. Started away, came back in. He put a good swing on a bad pitch.”

Roger Maris Jr. and Kevin Maris, sons of the former Yankees great, were both on hand.

Judge hit his 60th homer in Game 147. There also has been no debate on the length of the season, like what surrounded Maris’ pursuit to the point his hair fell out.

The Yankees’ 30-year-old slugger also is on pace for the AL’s first Triple Crown in a decade, leading in home runs, RBIs (128) and batting average (.316).

‘Even Maradona would have been proud,’ says coach as Napoli thrashes Ajax 6-1 in Champions League | CNN