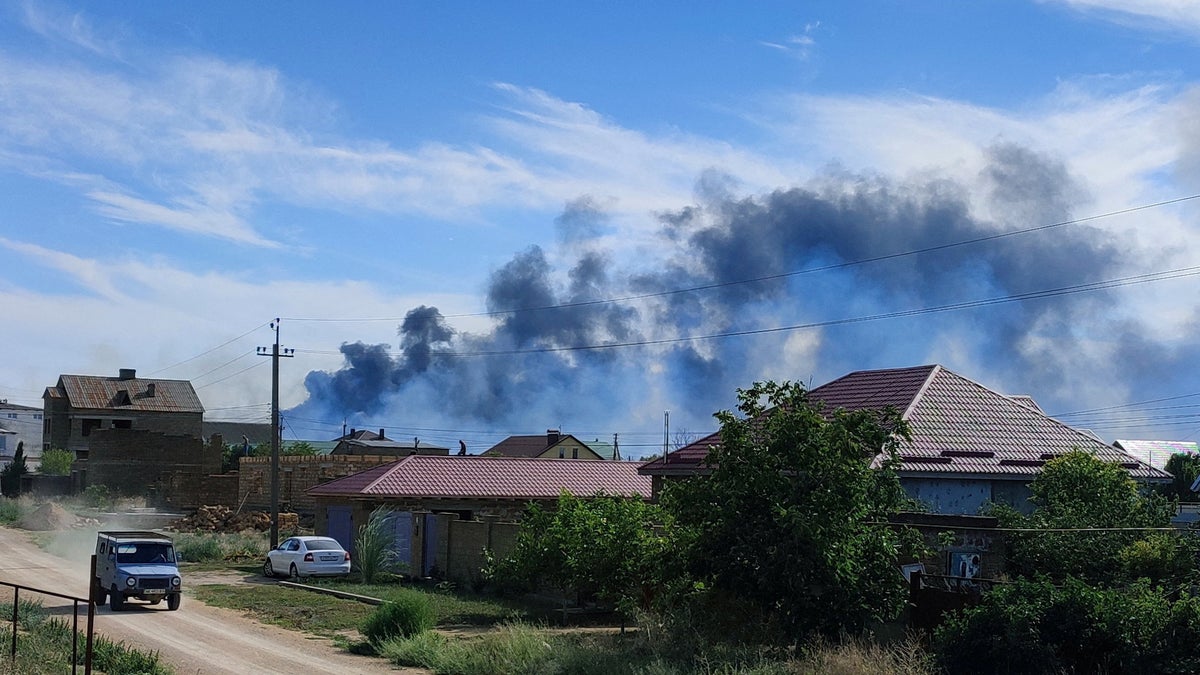 New satellite images released Thursday show the aftermath of an attack that destroyed a Russian air base in Crimea.

Russian officials denied that the damage resulted from any attack and insisted that three near-identical craters at the Saki air base were due to “accidental” explosions on Tuesday. The explosions would have resulted from munitions stored at the site, the officials claimed.

Russia also denied that any planes had suffered damage from the explosions, but the satellite images, released by Planet Labs, indicate that at least eight warplanes wrecked.

Witnesses, who posted videos and photos onto social media as smoke rose from the base following the explosions, reported “multiple explosions” at the base.

Officials said at least one person died and more than a dozen were wounded, with at least 62 apartment buildings and 20 commercial structures damaged.

Sergey Aksynov, appointed by Russia to command the unrecognized Republic of Crimea, declared a state of emergency following the explosions.

Ukrainian officials have not claimed any responsibility for the attack or said how it was carried out, Reuters reported. The attack, if carried out by Kyiv, would indicate enhanced long-distance strike capabilities.

Rebekah Koffler, a former DIA intelligence officer and the author of ”Putin’s Playbook: Russia’s Secret Plan to Defeat America,” cast doubt on Ukraine’s potential involvement, noting that it would prompt “further escalation” from Russia since Moscow considers the area its own territory.

“While I don’t completely rule out the possibility of Ukrainian resistance staging detonations in Crimea… missile strikes by Kyiv on Crimea are highly unlikely,” Koffler said. “The Ukrainians know that it would be a red line for Putin because Russia annexed Crimea in 2014.”

President Volodymyr Zelenskyy referenced the attack in his nightly address on Wednesday, referring to the loss of nine Russian planes in Crimea and “one more in the direction of Zaporizhzhia,” according to the New York Times.

“If you have any important information about the enemy, please report it in a safe way to our intelligence services, our military,” Zelenskyy said. “If you know those who help the occupiers or justify aggression, please report this as well.”

Two buildings near the aircraft appear damaged, with some potential “shockwave damage,” the Times wrote.

A U.S. official who spoke to the Washington Post on the condition of anonymity said Tuesday that a U.S. weapon was not used in Crimea explosion.

Peter Aitken is a Fox News Digital reporter with a focus on national and global news.