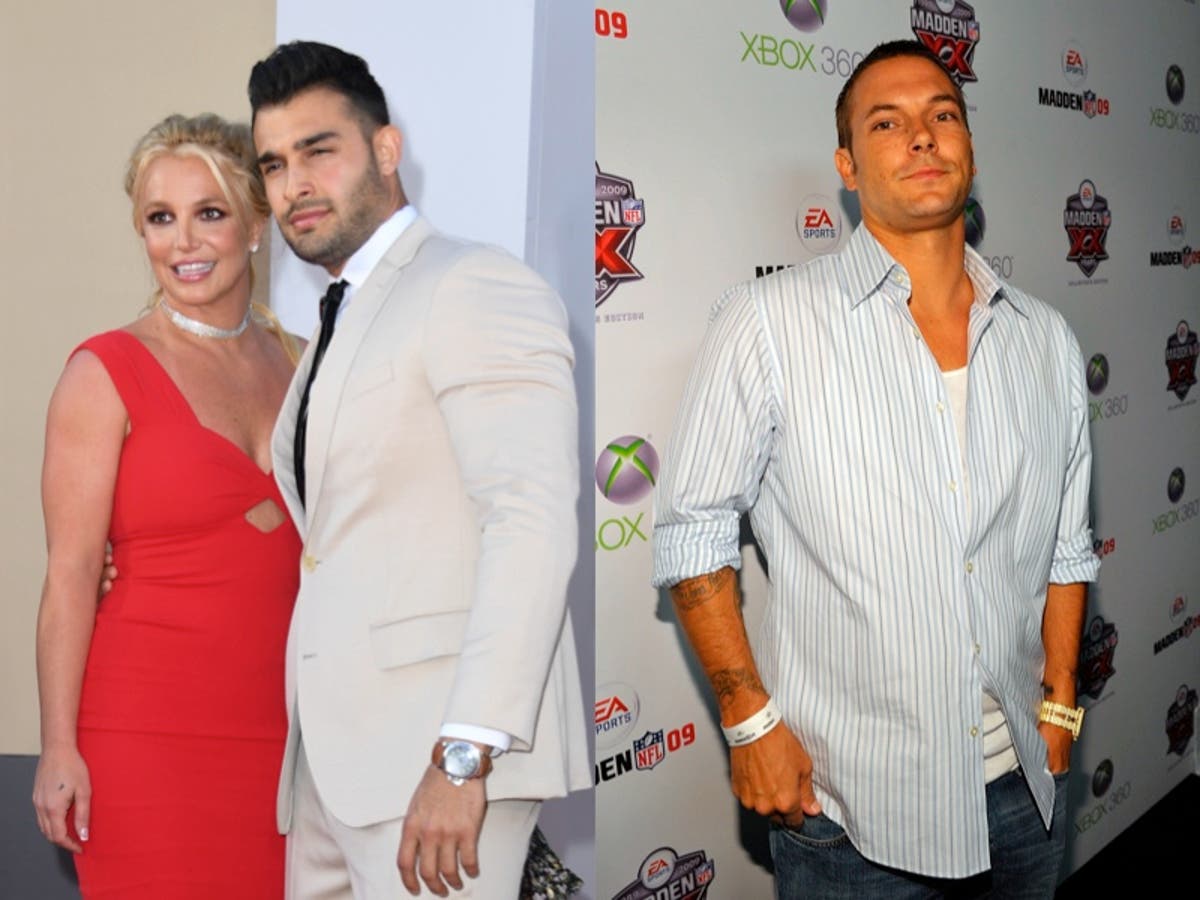 Sam Asghari has once again spoken out against Britney Spears’ ex husband Kevin Federline’s claims that her sons have chosen not to see their mother over her naked Instagram posts.

Federline, who was married to Spears from 2004 to 2007, recently revealed in an interview with ITV that their two teenage sons have been keeping their distance from Spears, and had chosen not attend her wedding to Sam Asghari in June.

The singer also claimed their sons Sean, 16, and Jayden, 15, found it “tough” seeing their mother sharing nude photos online, adding: “I can’t imagine how it feels to be a teenager having to go to high school.”

Following the claims, the “Toxic” singer responded to Federline’s “hurtful” comments in a statement posted to her Instagram story. “It saddens me to hear that my ex husband has decided to discuss the relationship between me and my children,” she wrote. “As we all know, raising teenage boys is never easy for anyone.”

“It concerns me the fact that the reason is based on my Instagram … It was LONG before Instagram … I gave them everything … Only one word: HURTFUL.”

Sam Asghari hit back at Spears’ ex-husband as well, sharing two separate posts about Federline to his Instagram. “There is no validity to his statement regarding the kids distancing themselves and it is irresponsible to make that statement publicly,” Asghari wrote.

“The boys are very smart and will be 18 soon to make their own decisions and may eventually realise the ‘tough’ part was having a father who hasn’t worked much in over 15 years as a role model,” he continued. “Kevin’s gravy train will end soon, which probably explains the timing of these hurtful statements.”

Now, Asghari has spoken out in defense of his wife once more, this time calling out Federline’s claims that Spears’s sons are embarrassed by her nude pictures. In a since-deleted statement shared to his Instagram story on Monday, Asghari expressed his continued support for Spears’s “positive body image” and said that her sons should be “proud” of their mother’s Instagram pictures.

“Eventually if not already they will realise their mothers choices are harmless and an expression of newly found freedom,” he added. “There is nothing to be embarrassed about just lots of things to be proud of.”