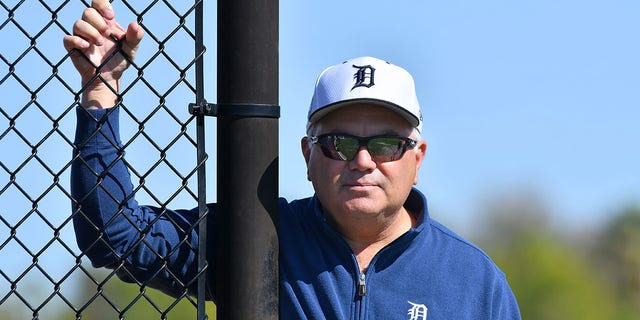 The Detroit Tigers have fired Al Avila after eight seasons as general manager.

The Tigers were set up for an improvement after a 2021 season that saw them finish 77-85 in third place in the AL Central with some promise.

They signed shortstop Javier Baez and pitchers Eduardo Rodriguez, Andrew Chafin and Michael Pineda in what seemed like a successful offseason.

However, the Tigers currently own the third-worst winning percentage in all of baseball.

“I want to re-establish our momentum and progress towards building a winning team, and I am driven to find a talented executive to help us do that,” CEO and chairman Christopher Ilitch said in a statement. “They’ll be entering an organization with many foundational elements in place and an exciting path forward. Tigers fans deserve winning teams, and I’m highly focused and committed to deliver that to the people of Detroit and Michigan.”

Miguel Cabrera, left, of the Detroit Tigers looks on as Tigers Vice President and Assistant General Manager Al Avila speaks to the media during a press conference at spring training on Feb. 24, 2011, in Lakeland, Florida.
(Mark Cunningham/MLB Photos via Getty Images)

TIGERS’ MIGUEL CABRERA COMMITS TO PLAYING IN 2023: ‘I’M GOING TO BE RIGHT HERE’

Avila joined the organization in 2002 as an assistant GM to Dave Dombrowski, who was the team’s general manager until 2015. When the Tigers didn’t bring him back, they promoted Avila to the position.

“For nearly 22 years, I have given my heart and soul to this franchise… I wish the results would have been better this season but know there is a lot to look forward to in the coming years,” Avila said in a statement of his own.

The Tigers did not make the postseason during Avila’s tenure with the team after playing October baseball each year from 2011 to 2014.