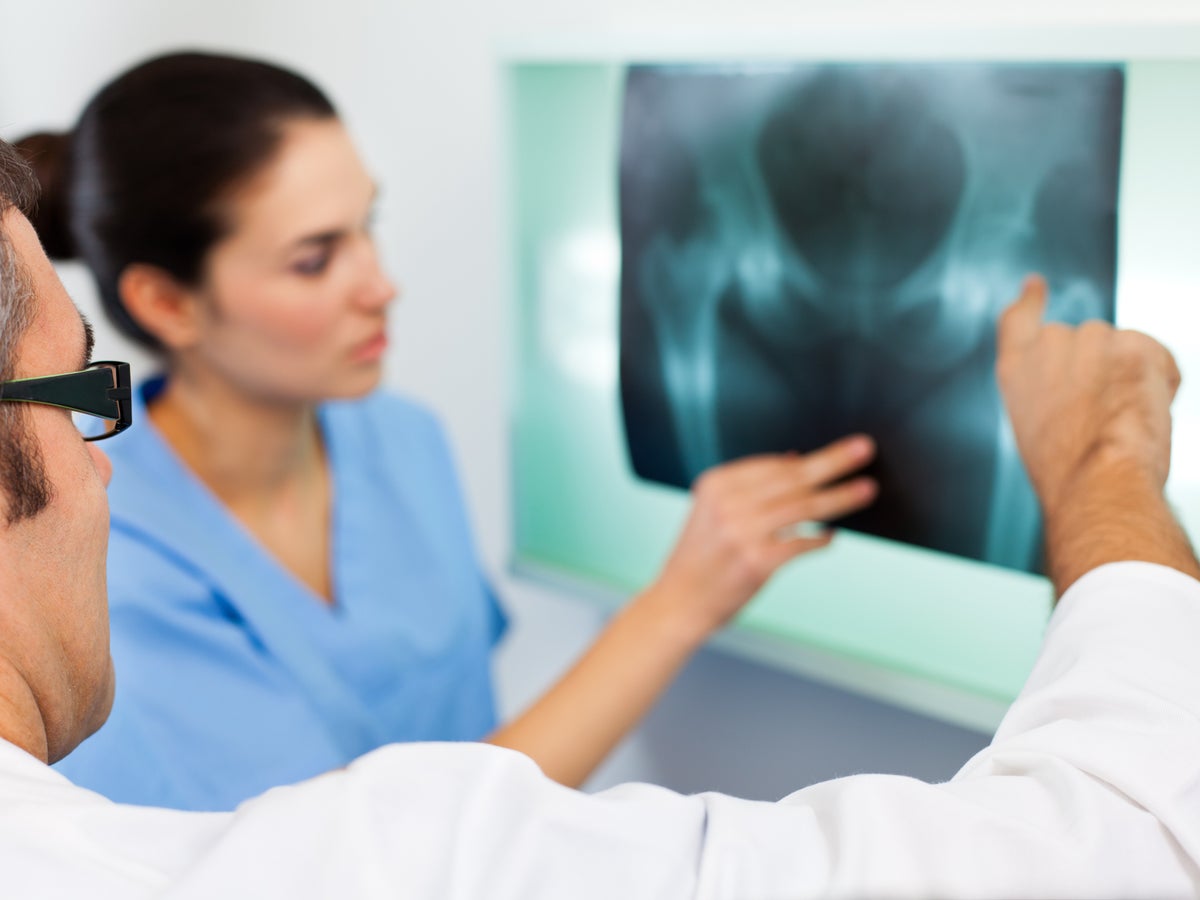 Women who adhere to a vegetarian diet are more likely to break their hips later in life, a new study has found.

The study discovered that vegetarian women see their risk of hip fracture increase by a third (33 per cent) compared to those who eat meat.

Researchers said a possible reason for this could be because vegetarians “often have lower intakes of nutrients that are linked with bone and muscle health”.

The large-scale study, which was published in the journal BMC Medicine, looked at 26,000 women in the UK aged between 35 and 69 and assessed the risk of hip fracture among vegetarians, pescatarians, and occasional meat-eaters compared to women who regularly eat meat.

The experts from the University of Leeds assessed data from the UK Women’s Cohort Study, which is tracking the group of women over time to assess links between diets and health.

Of the group, over a quarter (28 per cent) are vegetarian, while one per cent is vegan.

Over a period of 20 years, researchers found that there were 822 hip fractures among the women and the elevated risk of a hip fracture was found only among those who were vegetarian.

“However, it is not warning people to abandon vegetarian diets – as with any diet, it is important to understand personal circumstances and what nutrients are needed for a balanced healthy lifestyle.”

He added: “Vegetarian diets often have lower intakes of nutrients that are linked with bone and muscle health. These types of nutrients generally are more abundant in meat and other animal products than in plants, such as protein, calcium, and other micronutrients.

“Low intake of these nutrients can lead to lower bone mineral density and muscle mass, which can make you more susceptible to hip fracture risk.”

“Plant-based diets have been linked with poor bone health, but there has been a lack of evidence on the links to hip fracture risk. This study is an important step in understanding the potential risk plant-based diets could present over the long-term and what can be done to mitigate those risks.”

Researchers said further research is needed to assess whether there could be similar results found among men.

Why you shouldn’t linger in hurricane floodwaters

Dolphins quarterback Tua Tagovailoa diagnosed with concussion, flies back to Miami after being released from hospital