What is the Angel Shot? The drink order used to signal for help at a bar 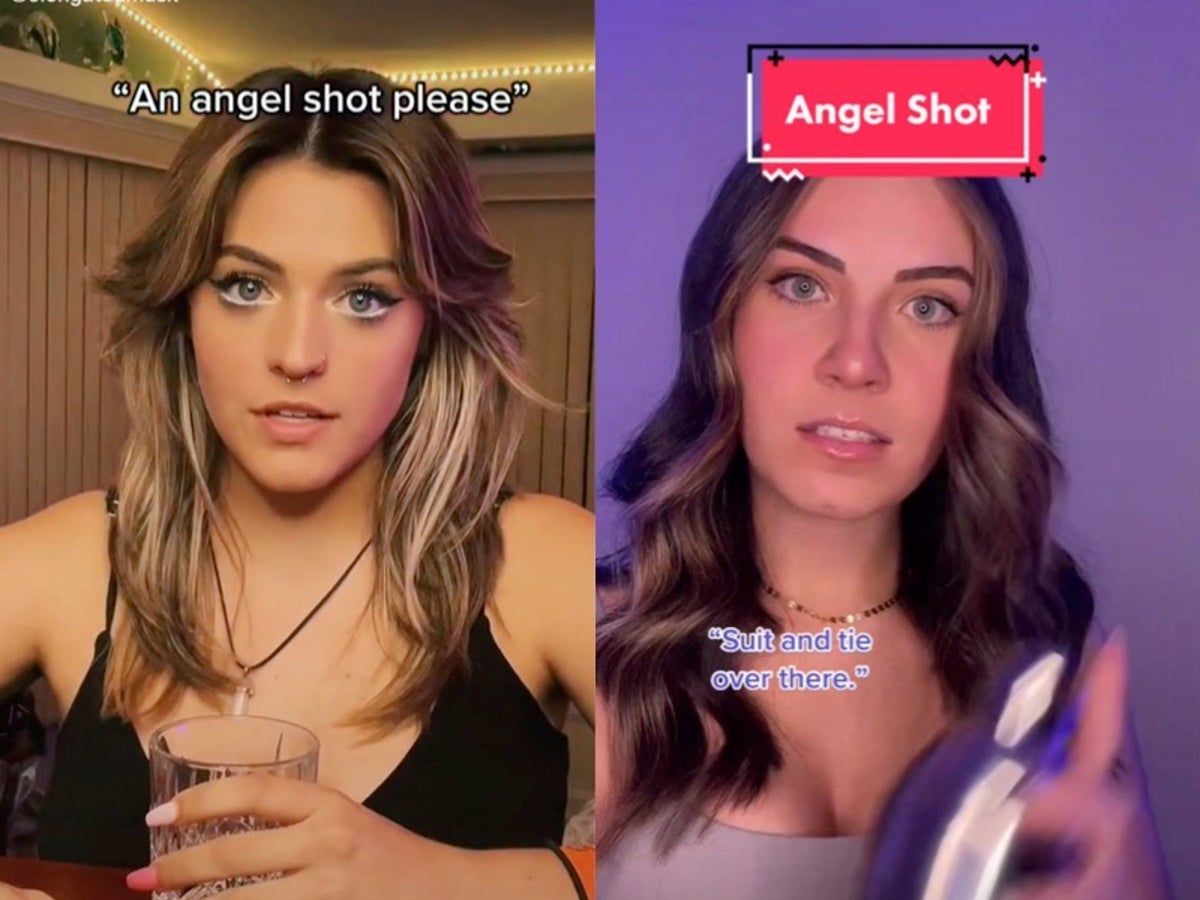 The Angel Shot is currently trending across TikTok, but not because of some new cocktail craze. It isn’t even a drink at all. The Angel Shot is being used as a signal for help to alert bartenders of an unsafe situation.

The secret drink order, known as the “Angel Shot,” has recently become a viral trend on TikTok as people raise awareness towards the potentially life-saving codeword. The hashtag #angelshot has more than 143m views on the app, with bartenders and content creators reenacting scenes in which ordering an Angel Shot could help staff intercede an unsafe encounter.

Ben Smith, who has worked as a bartender for 19 years, first brought attention to the Angel Shot back in 2021 when he made a TikTok about the secret drink order and received more than 2.8m likes. After he acted out a potential situation where a customer ordered an angel shot, Smith explained the three different ways to order the drink and what each of them mean.

Depending on what type of Angel Shot a patron orders, bartenders and restaurants employees will know what to do. The first way to order the shot is neat or straight up, which means that a guest needs an escort to their car. An angel shot on the rocks or on ice indicates that they need help calling an Uber, Lyft, or taxi. And the third order, with lime or a twist, lets the staff know that they should call the police.

But with any social media trend, many bartenders and advocates for the Angel Shot are now worried that publicising the secret drink order will defeat its purpose of being discreet. Michelle Charlotte, a bartender and content creator with more than three million followers, uses her platform to share her own personal stories with bartending. While no one has ever ordered an Angel Shot from her, she hopes its widespread awareness will ruin its secrecy.

“I feel like the whole point of an Angel Shot is to ask the bartender for help discreetly,” she said in a TikTok video posted this week. “We’ve been publicising it so much, making it so well known, that if somebody asks me for one, the person next to them that they’re asking help from is going to know what it is.”

“But then again if somebody asks me for an Angel Shot, I am now involved,” she added. “It doesn’t matter if the person they’re asking for help from knows what it is, because I have no problem telling someone to get lost or kicking anybody out of the bar that’s harassing somebody else.”

“I was at the bar and the bartender asked me if I needed an angel shot,” one person commented. “I never knew what this was until then. I am so thankful for her!!”

An estimated 81 per cent of women and 43 per cent of men in the US reported experiencing some form of sexual harassment or assault in their lifetime, according to the National Sexual Violence Resource Center. In the UK, a similar safety initiative known as “Ask For Angela” allows people who feel unsafe or threatened in bars or clubs to seek help by approaching staff and asking them for “Angela”.

Melinda Gates opens up about working with Bill amid ‘painful’ divorce