Why are women being arrested for having abortions in the UK? 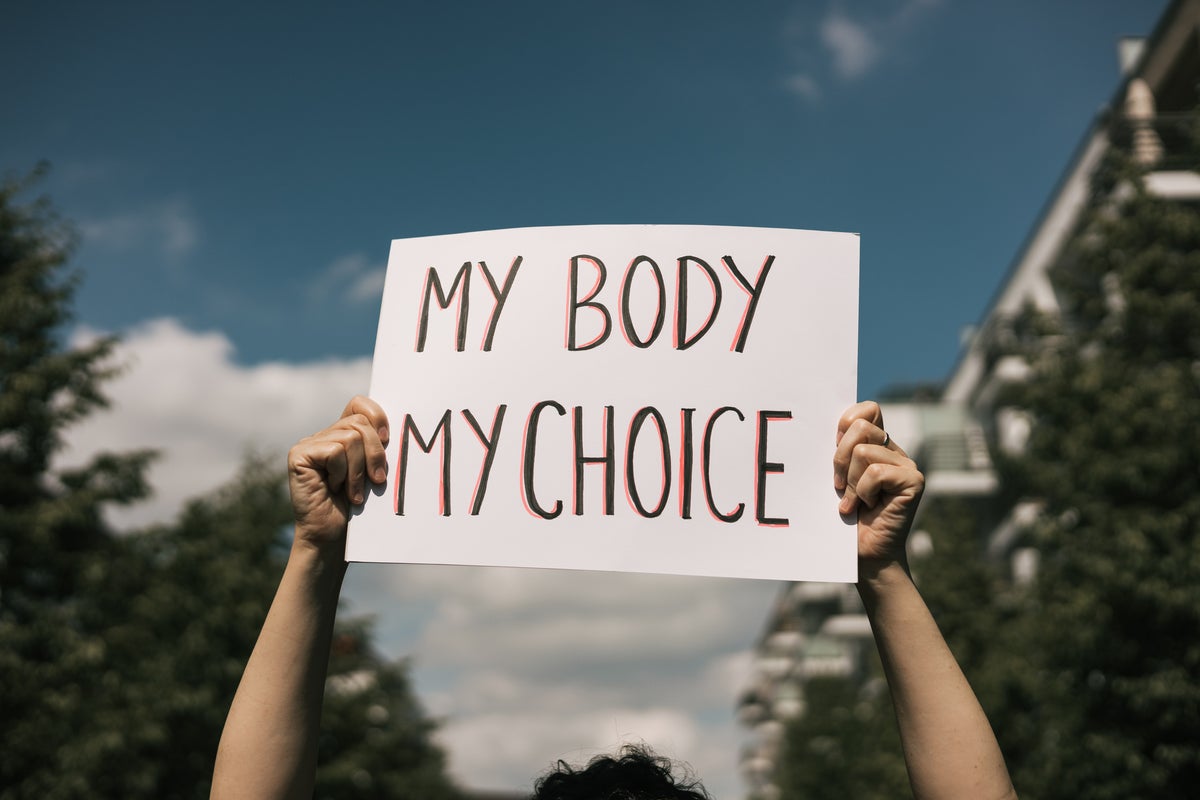 Women in the UK have the right to abortions. If they require one, they are usually granted them – unlike in the US, where the recent reversal of Roe vs Wade means that abortion is no longer a constitutional right and, in some states, women face jail time for having terminations. With this in mind, it is shocking to hear that two women are currently facing life imprisonment in England for having had illegal abortions.

Meanwhile, last weekend, one story shared anonymously with The Sunday Times detailed how one woman, whom they called Laura, was imprisoned for two years after having had an illegal abortion. “The prosecution said if I didn’t plead guilty, they would charge me with child destruction, and I would likely go to prison for life,” she told the publication.

To many, the phrase “illegal abortion” will be confusing when used in relation to this country because the majority of people think they are always legal.  But this would be a simplified – and technically incorrect view. However, it’s one shared by many. According to a recent YouGov survey commissioned by campaign group Level Up, just one in four people could correctly state what the abortion legislation is in this country.

According to the 1967 Abortion Act, abortions are still a criminal act in England, Scotland and Wales. Technically, it’s still illegal but criminal charges cannot be applied so long as the abortion meets a certain set of requirements.

In order to avoid criminal charges, abortions must take place within 23 weeks and six days of gestation. Two doctors must agree that continuing the pregnancy would be harmful to the mother’s physical or mental health, or that of her existing children, or that there is a risk the foetus would be born seriously disabled. The only exception to the time limit for abortions is if there is evidence of significant risk to the mother’s life, or evidence of a fatal foetal abnormality.

There are many reasons why women may seek an abortion outside of these terms. In the case of Laura, who was 20 years old at the time and already the mother of a two-year-old daughter, it was that she was in an abusive relationship. Her boyfriend had told her not to go to the doctor and instead take pills purchased online. She believed she was eight to 10 weeks pregnant at the time.

However, after taking the pills, it became clear that Laura was much further along in her pregnancy. She started to bleed extensively and gave birth to a 30-week foetus. After calling the ambulance, Laura was taken to hospital where she explained she had taken abortion pills; police were at her bedside and took her into the station once her condition was stable.

Following a police interview in which she did not disclose her boyfriend’s abuse, Laura was convicted and sentenced to two years in prison. While several years have passed since Laura’s sentence concluded, she still has nightmares. “We’re in an environment with people who are vulnerable, and then mixed in with people who are violent,” she told The Sunday Times of her time in prison. “And that to me is not a safe place for someone like myself who is classed as vulnerable and very easily manipulated.”

Laura’s story is not an isolated incident. Earlier this year, a 25-year-old woman in Oxford pleaded not guilty to administering Misoprostol, one of two pills routinely prescribed by doctors to abort a pregnancy. She is due to stand trial in February next year, with the crime falling under the Offences Against the Person Act 1861. It carries a life sentence in prison.

Meanwhile, another woman is due to appear before Staffordshire Magistrates Court having been charged with child destruction under the Infant Life (Preservation) Act, which dates back to 1929. She obtained pills from the British Pregnancy Advisory Service (BPAS) during lockdown under legislation introduced during the pandemic. It allowed women up to ten weeks’ pregnant to receive abortion pills in the post to take at home following a remote consultation.

After the woman took the pills, she delivered a 28-week foetus and was reported to the police. She is also facing a life sentence. “There is absolutely no public interest in prosecuting vulnerable women who, in an act of utter desperation, take the decision to end their own pregnancies,” says Katherine O’Brien, spokesperson at the BPAS. “These are women who deserve care, not criminalisation.”

The fact that these women are being prosecuted sends a dangerous message to others experiencing miscarriage or stillbirth. “As a result, this may deter women from accessing help when needed,” adds O’Brien. “For some migrant women who are ineligible for NHS-funded abortion care, they may feel that accessing abortion pills illegally is their only option. If these women attend hospital, should the police be called, or should these women receive medical treatment?”

In light of these recent reports, campaigners are calling for the UK government to take action. Ikamara Larasi, who is currently leading a campaign with the feminist group Level Up to decriminalise abortion, tells The Independent that this is fundamentally a human rights issue.

“The decision to continue or end a pregnancy belongs to the pregnant person and them alone,” she says. “There shouldn’t be a need to qualify it to anyone else, it’s incredibly intrusive. By abortion being illegal, except when signed off by two doctors, the power is being given to others to directly determine the course of one’s life, for no reason other than the fact that they are pregnant.”

Calls such as Larasi’s are becoming louder. On Wednesday, The Royal College of Obstetricians and Gynaecologists (RCOG) and the Faculty of Sexual and Reproductive Healthcare (FSRH) published a policy statement calling on the government to decriminalise abortion.

“This comes at a time when at least two women are currently facing prosecution in England for ending their own pregnancies,” it reads. “We have joined with more than 50 women’s rights organisations, legal experts, abortion care providers and others, to write to the Director for Public Prosecutions to stress that these prosecutions are not in the public interest.”

The organisations add that the law affects women who have experienced unexplained pregnancy loss, some of whom have been suspected of criminal activity and subject to criminal investigation.

“While it is rare for these cases to come to court, there have been dozens of police investigations into suspected breaches of the law in the past 10 years,” it adds. Dr Edward Morris, President of the Royal College of Obstetricians and Gynaecologists, added: “Abortion care is an essential part of sexual and reproductive healthcare and the decision to have an abortion should be entirely up to the individual, without fear of prosecution. “Women who may face charges are often in desperate or vulnerable situations, and the current legislation may further deter them from seeking the support and aftercare they need. It is our belief that prosecuting a woman for ending their pregnancy will never be in the public interest.”

Progress is happening slowly but surely. LevelUp’s campaign currently has 1,100 supporters – and 300 people sent messages of support to the group regarding the woman facing trial in Oxford. Meanwhile, MPs are becoming more vocal on the issue, with Jess Phillips calling for Laura’s conviction to be quashed. “This is exactly why abortion cannot sit within criminal law,” she told The Sunday Times. “The story would be a different one had just somebody with training spoken to her at any point — somebody who was advocating on her behalf and who understood abuse control, coercion, women’s reproductive coercion.”

Ultimately, the campaigners’ argument is that abortion is healthcare and the law should reflect that. “We’re in full and unconditional solidarity with any person who is charged with abortion,” says Larasi. “The difference between what is right and what is legal is glaringly stark here, and our mission is to bring those two things into alignment.”

You can sign Level Up’s petition to decriminalise abortion here.